Director has 'Mamma Mia!' down pat 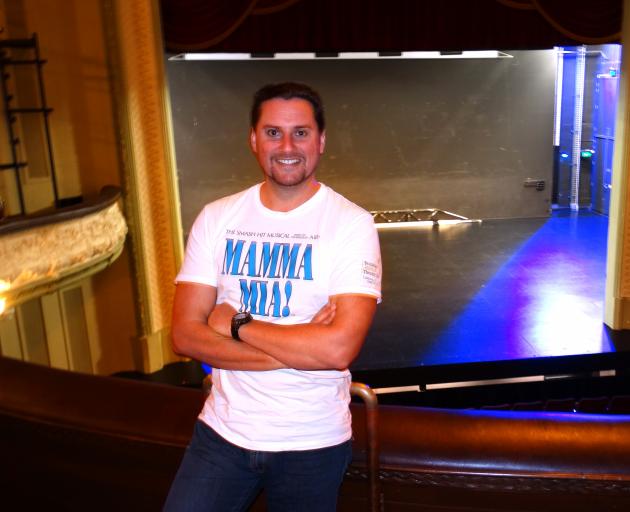 Set to the music of 1970s supergroup ABBA, Mamma Mia! is the story of Donna and her daughter Sophie, who is about to get married in Greece.

Sophie, without her mother's knowledge, invites three men whom Donna's diary reveals could have been her father.

Sophie dreams of being given away by her father at her wedding, and believes that after she spends time with them, she will know the identity of her father.

Before that, he played the role of Sam Carmichael in Dunedin, Wellington and Hamilton seasons of the production.

''There is nobody in the community that knows Mamma Mia! better than me,'' he said.

Musical Theatre Oamaru is part of a consortium of several musical theatre groups that will use, or have used, the same fully-built set, props and wardrobes in shows around the country.

Auditions are being held at the Oamaru North School hall today, Friday and Saturday, with 12 lead and 20 other roles to be cast.

Mr Dixon was hopeful those roles would be filled by people aged between 16 and their late 20s, and said the show could go ahead with a cast of 26.

''We have talked about it and it is looking a bit low. I just want to do all I can to get people through the doors. We have those people here, we just need to make sure they are aware and informed so they can prioritise it.''

Another round of auditions would be held if required.

Mr Dixon said the musical was a fun affair with a serious side.

''Mamma Mia! is a candy floss musical with depth,'' he said.

''It's got all the fun and frivolity, but there is depth to the characters and their relationships with each other, which makes for a fantastic story backed by the music of ABBA. There's a reason why it's the highest-grossing musical of all time.''

Mamma Mia! is scheduled to play at the Oamaru Opera House between July 13 and July 21.