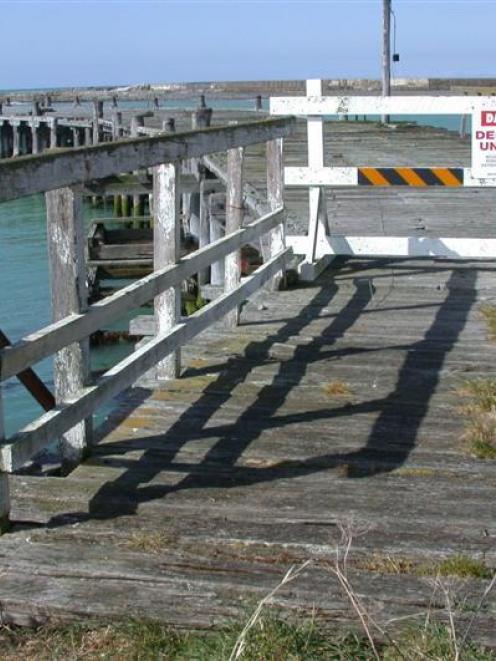 The council decided on Tuesday to leave it up to the community, planning to get feedback during its 2012-22 long-term plan process about what should happen to the structure, which an engineering report said was at "tipping point".

That same report also estimated it could cost up to $1.5 million to rescue the wharf, or up to $400,000 if the council decided to demolish it because it was dangerous.

Suggestions at Tuesday's meeting from councillors ranged from demolishing it to passionate pleas to encourage the community to restore it because of its historic importance.

Built in 1884, the wharf is part of Oamaru Harbour's classification by the New Zealand Historic Places Trust, which designates the area as a historic area; is a "heritage asset of considerable note"; and linked to the ill-fated Robert Scott Antarctic expedition and his ship, Terra Nova, which moored off Oamaru in 1913 to tell the world the explorer had lost his life.

In the end, the council decided to "enable the community to maximise opportunities to obtain funding and assistance to preserve Sumpter Wharf".

No decisions were made about whether the council would contribute - some councillors were strongly opposed to ratepayers' money being used.

It also decided to address the wharf's future as an issue for debate with the community in next year's long-term plan process.

Cr Kevin Malcolm moved that if the community had not provided funding for a full restoration programme by November 15 next year, council staff present a recommendation on demolishing the wharf.

That did not go ahead when chief executive Michael Ross pointed out difficulties, including the protection offered under the historic places trust classification.

Cr Sally Hope said she would be shocked if the council walked away from the wharf and time should be given for community input should people want to drive the project.

Cr Malcolm said a community group had been offered that opportunity six to eight years ago. If people were so in favour, they should put their hands in their pocket and do the work without any cost to the ratepayer.

"If someone comes forward with funding options, let's do it - but not with ratepayers' money," he said.