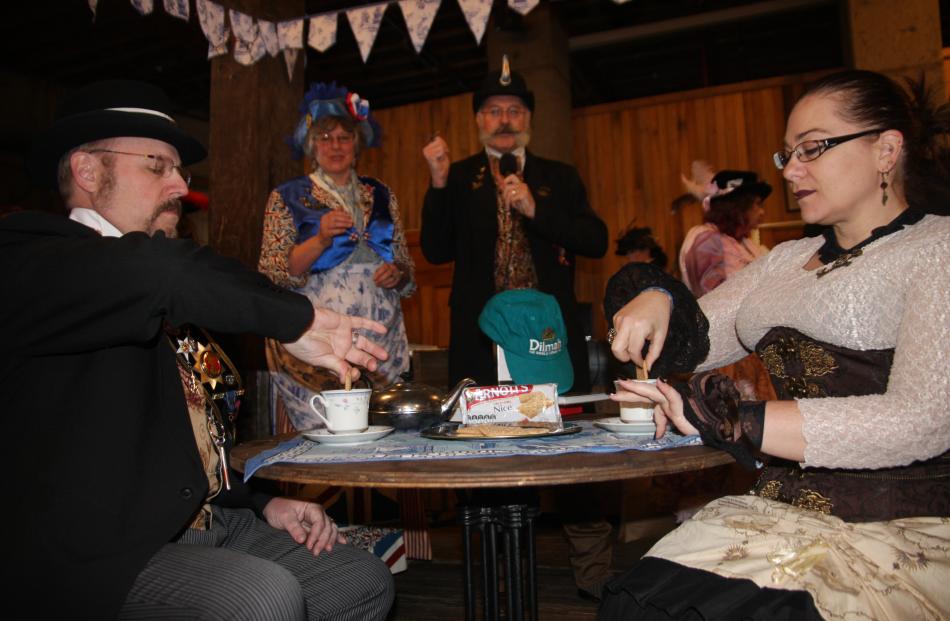 Bob Archer, aka Viscount Eastman Wesley Archardt III, loses a tea duel to Katey Reynish, aka Lady Kassandra, of Wairarapa, as they duke it out with Nice biscuits. 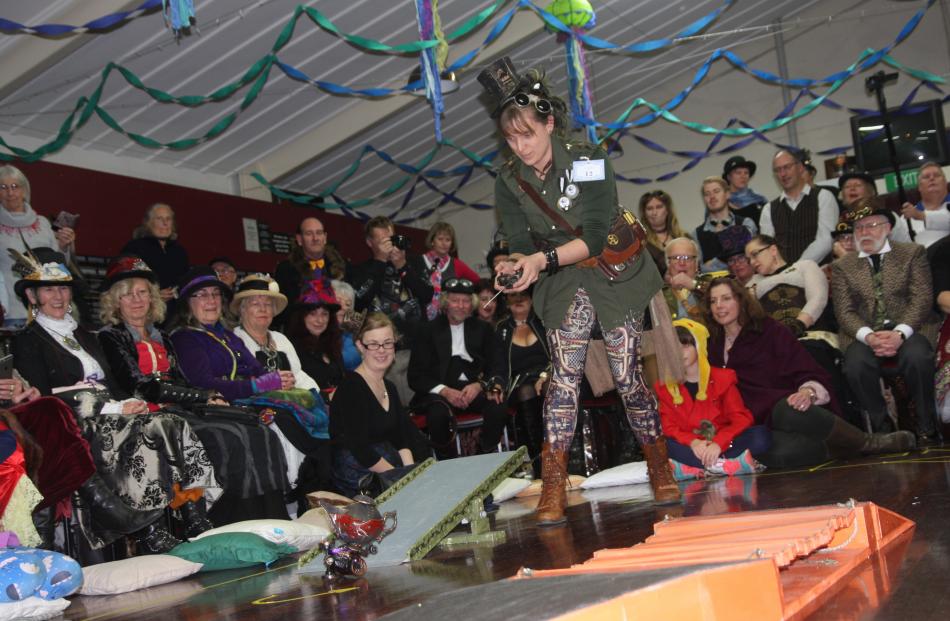 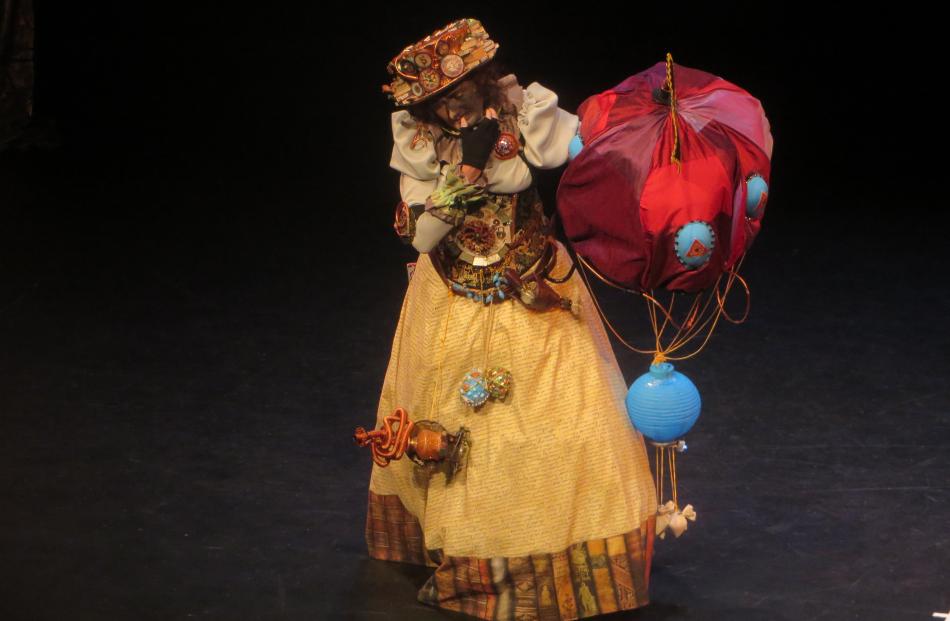 Trish Riley's Malone - The Librarian in the 2017 Steampunk NZ Fashion Show at the Oamaru Opera House.

Hundreds of people and hundreds of thousands of dollars poured into Oamaru over the past week as the town came alive for the 2017 Steampunk NZ Festival Weekend.

It is all over today. The official events ended yesterday after an adventure-filled four days of teapot racing, tea duelling, a beer launch, a mass gathering of people ready to solve a murder, a fashion show where people crafted outfits matching Steampunk personae, and Tourism Waitaki's Fire and Steam Festival on Friday night.

Festival directors Helen Jansen and Iain Clark were ecstatic with how their eighth festival had gone.

Ms Jansen said it was the biggest and best annual event yet.

While final attendance figures for the Steampunk events were not yet available, the feeling was that this year's events attracted far more participation, she said.

``There's a sea change. I think people are beginning to realise this is not a mad thing that will fade out. It's exciting and brings people from outside Oamaru. It is what has put Oamaru on the map nationally and internationally.''

There was positive feedback for Jackie Clarke, who was the master of ceremonies for several Steampunk events, even adopting her own Steampunk persona.

Ms Jansen said the entertainer had people ``roaring'' with laughter.

Oamaru's annual Steampunk celebration was now the biggest of its kind in the southern hemisphere, he said.

Waitaki Mayor Gary Kircher said the event added to Oamaru's reputation of being an interesting place.

A lot of visitors to the town would have encountered the Steampunkers and many stopped to take photos of the festival participants, he said.