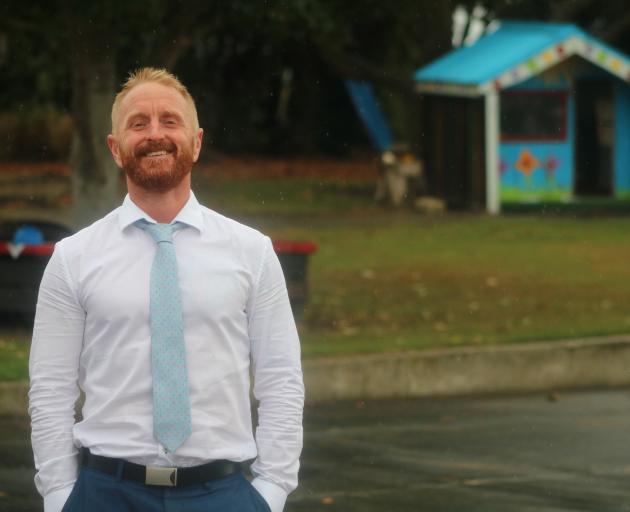 The Totara School principal has been given the opportunity to return to the North Otago primary school where he started his leadership journey.

Mr Brown was announced on Monday as Papakaio School’s new principal, taking over from Gary Shirley who will step down at the end of next term.

After spending five years as deputy principal at Papakaio, Mr Brown became the principal of Totara in 2019.

He had mixed emotions about leaving, but returning to Papakaio was satisfying and exciting, he said.

"As a [Totara] we’ve really achieved some great things for kids over the past two years, but Papakaio is kind of in my DNA," Mr Brown said.

Without the Totara School community, moving into the role of Papakaio School principal would have never been possible, he said.

"I’ve got nothing but aroha for the community at Totara School.

"From the bottom of my heart, I want to thank all the Totara staff and parents for their support over the last couple of years."

At Papakaio, he planned to collaborate with the school and community on a child-centred approach to help each pupil thrive to the best of their abilities.

"His biggest strength is an absolute passion for teaching and learning," Mr Elliott said.

"Ultimately, that’s what a school is about and that really is what shined through with Damian."

Mr Brown had big shoes to fill, but Mr Elliott was confident he was the right person for the job.

"Gary Shirley started at the school in 2007 and he built a good school connected to the community, and we think Damian’s got all the skills, and will be able to carry that on and build on it."

Mr Brown will start at Papakaio at the beginning of term 3.