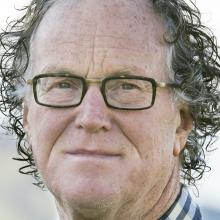 Almost all the 101 exhibitors at the inaugural event  in October last year had indicated  they would attend the 2017 field days.

Exhibitor numbers at the 2016 field days had been far higher than the field days committee had initially expected. Palmerston was a natural meeting place of exhibitors from the north, Dunedin and the south and Central Otago, Mr Mutch said.

Several exhibitors who did not attend the inaugural event had told  field days committee members they would be there this year.

A new and larger area had been arranged for this year’s event, at the Palmerston saleyards site at Meadowbank, just outside town on State Highway 85, thanks to great support from the saleyards committee, Mr Mutch said.

This would avoid issues apparent at the Palmerston showgrounds last year after heavy rain flooded the area.

It would also avoid the possibility of overcrowding on the showgrounds site,  he said.

The field days committee would be planning new events for this year.

The community innovation and excellence awards presented by the Minister for Primary Industries Nathan Guy at the inaugural field days had been very popular and could be continued.