Go-ahead to apply for Global Geopark 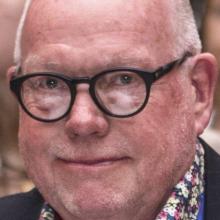 Geoff Hicks
The New Zealand National Commission for Unesco has given the Waitaki District Council the nod to go ahead with its bid to establish the country’s  first Unesco Global Geopark.

The commission called for submissions for New Zealand Unesco geoparks for the first time this year.

Independent geoparks expert advisory panel chairman, the commission’s natural sciences commissioner, Dr Geoff Hicks, said the council’s 152-page proposal was the commission’s preferred candidate, being already in an "advanced stage of development". The bid, which includes 101 sites of geological interest throughout the Waitaki district — from Palmerston, north along the coast to the Waitaki River mouth, and up the Waitaki Valley — has been called Waitaki Whitestone Geopark.

A lot of work would be done before the end of November to put together a complete application to Unesco.

"The rubber hits the road now. And we’ve got over the next six months to put that together, the comprehensive application. We’re looking to the Government for assistance to do that, but we think we’ve got a very good story to tell with the geology and the geography."

The council was "aware of the costs" of a bid "and they are not unreasonable".

"As far as the opportunities, they are considerable and it’s a matter of making sure we build a good business case, which actually looks at that side of things," Mr Kircher said.

"We know we’ve got the sites and the stories."

Council chief executive Fergus Power, who led the project team that developed the expression of interest document earlier this month, said if the bid was advanced by the commission a "full dossier" would need to be with the Unesco panel by November 30.

While the project had not yet been expensive, a yet-to-be-formed trust would have to secure external investment.

There are 140 Unesco Global Geoparks in 38 countries. If Waitaki Whitestone is ultimately successful, it will be the first in Australasia and will most likely gain Unesco status next year.