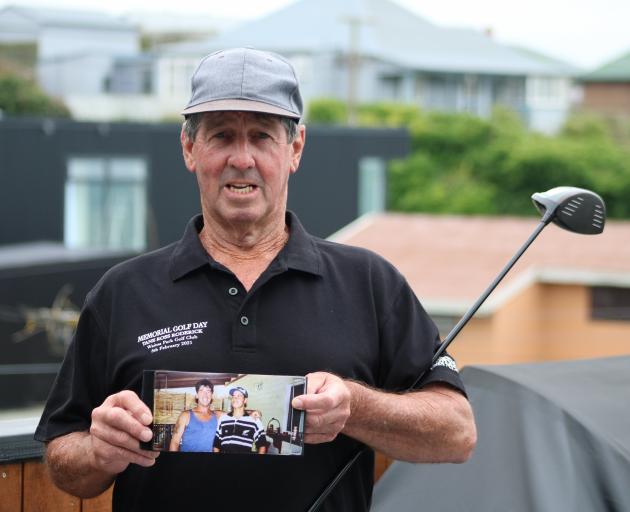 It was the last place he saw his son, Tane, alive, and now it will be where he remembers him one year on.

Tane was killed last February, when he was hit on his motorbike by Austrian tourist Melanie Giesinger’s Toyota Hiace, near Moeraki.

It was in the area Auckland-based project manager Tane always said he would retire.

Golf was a central part of their relationship, so Nobby organised a memorial golf day in his honour on February 5.

"I thought he was just too good a bloke to forget about. He was very popular and we used to have our game of golf, so I thought ‘Blow it I’ll have a day to remind everyone of him’," Nobby said.

The three-person Ambrose tournament had a full 60 person playing field, and Nobby was moved by the response.

Players could expect the unexpected — from teeing off on car tyres, to using tennis balls instead of golf balls — and there would be "Tane’s shout", a round of drinks he would always supply.

Family members were travelling from Invercargill, and Nobby would play alongside his daughter, Kara Roderick-Wandless, and granddaughter, Tayla (18).

Tane was described as a real character, with a big sense of humour and the life of the party.