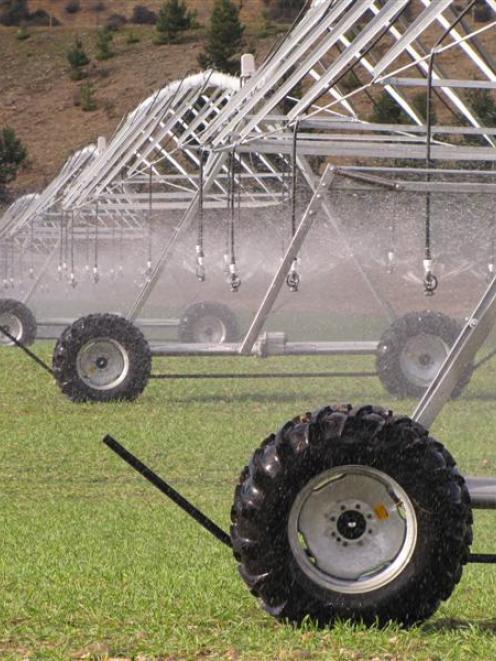 An irrigation scheme designed to bring water to about 40,000ha in the Waimate area and create up to 1200 jobs has taken a big step forward with farmers being offered shares, which will help determine if it is feasible.

The Hunter Downs scheme, originally estimated in 2009 to cost about $200 million, was first mooted about eight years ago and Hunter Downs Irrigation Ltd has now issued a prospectus offering 40,000 shares to fund investigations to see if the scheme is viable.

The company needs to sell at least half of the shares, at $200 a share, for the share offer and scheme to proceed.

If it proceeds beyond that and investigations into its viability are favourable, work could start in late 2016 and water could be available from the beginning of the 2018-19 irrigation season.

The scheme would use up to 20.5cumecs of water from the Waitaki River at Ikawai, which already has resource consent, pump it up and then distribute over 40,000ha from the Waihao area of Waimate through to Otipua, just over the Pareora River in the Timaru district.

In 2009, the scheme was expected to bring significant economic and social benefits to the region, with more than $117 million per annum predicted for the region, through a lift in productive capacity on- and off-farm.

Originally, the scheme was a joint venture between Meridian Energy Ltd and the South Canterbury Irrigation Trust.

That was reorganised last year with the formation of Hunter Downs Irrigation Ltd (HDIL) to represent prospective shareholders, source funding for further investigations, apply for land-use resource consents and build the scheme.

HDIL and Meridian then formed the Hunter Downs Development Company Ltd to undertake an engineering feasibility study and pre-construction work that will determine final designs and costs.

HDIL chairman Andrew Fraser said the prospectus was the first time farmers had been asked for financial support and commitment.

''The scheme has the potential to provide significant growth for the community through irrigation that will service the region and create substantial opportunities for future generations,'' he said.

The offer aimed to raise $5.25 million to co-fund pre-construction work to determine if the scheme was viable, both from a technical and economic perspective, including carrying out further consenting, land access, constructor procurement and construction capital-raising work programmes over the next two years.

The offer will indicate where water demand exists, influencing the alignment and design of the scheme.

Studies will be supported with funding from Meridian and the Government's Irrigation Acceleration Fund (subject to agreement).

To get the scheme to the decision-to-build stage could cost up to $15 million.

''There has never been a better opportunity to identify whether irrigation is viable in our region ... [and] future-proof agriculture, deliver environmental outcomes and provide a boost for the local economy and community,'' he said.