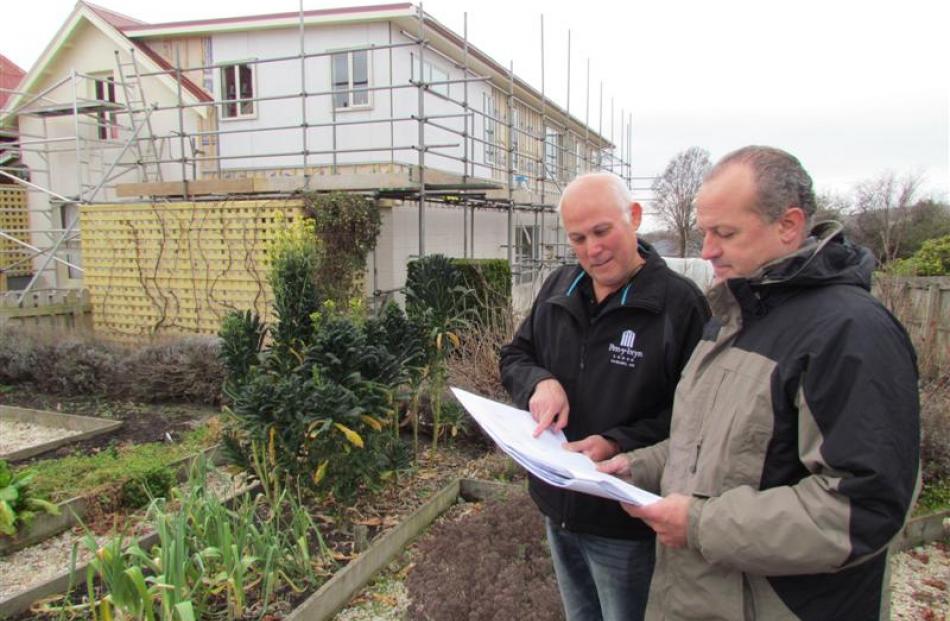 An Oamaru luxury lodge of international standing is undergoing a $250,000 redevelopment that is a reflection of the owners' confidence in the future of the town.

It is the first time the building has been expanded since 1910, when what is now the billiards room was added.

Expansion of the lodge, built in 1889 as a private residence for department store owners the Bulleid family, is intended to meet the demand for large luxurious rooms.

The plan had resulted in forward bookings even before work began at the end of June when building consent was received from the Waitaki District Council.

The plan is to convert three of the five bedrooms at the lodge by extending the first floor of an Oamaru stone annexe to the main building.

That will create large bedrooms, including one with a sitting area, each with increased storage and large luxurious en suites.

The owners are also buying new furniture, but are having difficulties sourcing some items.

The main wooden home is covered by a Heritage NZ category 1 classification, which would require resource consents to change.

However, the annexe has no classification because it was badly damaged by fire in 1925 and not rebuilt until the 1990s.

The ground floor has garages and storage.

The three bedrooms are to be redeveloped by extending the first floor, dramatically increasing space.

Underneath, the previous large area has been divided into rooms for a garden room, hobbies and storage.

The other two rooms in the main house would remain as they were, offering a different ''Victorian atmosphere'' size.

Another staff member had been added to the two already employed and a fourth was being considered, because of increased demand.

Mr Glucksman said he and Mr Boussy had visited other lodges in the Luxury Lodges of New Zealand chain and Pen-y-bryn's bedrooms were ''among the cosiest''.

Guests often arrived with ''a lot of luggage'' and the existing bedrooms and their storage was not big enough.

Occasionally, booking agents inquired about the size of the rooms and, when told, did not book.

In the five years they have owned Pen-y-bryn, business has almost doubled, with more recognition of Oamaru as a destination and reviews of the lodge, which offered accommodation at the very top end of the marketThey see the expansion as necessary to continue that growth.