It is not often members of the losing team and its supporters queue to shake hands with the referee.

But that is what happened after Otago's 49-14 win over North Otago in Oamaru yesterday.

The centre of attention was Rebecca Mahoney, who had become the first woman to referee a Ranfurly Shield game.\

It was a proud moment for the 35-year-old former Black Fern, although she does not have much time to reflect on the milestone.

Next week, she begins lambing 4000 sheep on the farm she manages in Wairarapa Bush.

"It is like going from the frying pan into the fire," she said. . 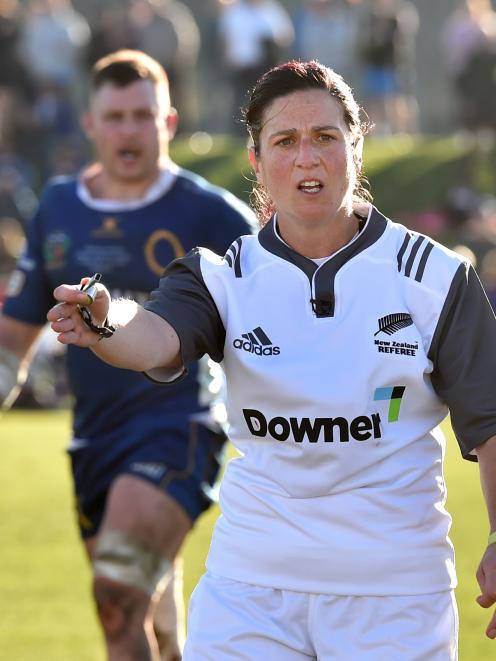 "I absolutely loved it. It is such a special trophy and I am honoured to be a part of its history.

Rather than focus on the pressure of the situation, she chose to embrace it.

"We all do it to learn and get better."

Mahoney showed she was not overawed by the situation when she sent Otago second-five Sio Tompkinson to the bin in the first half, after Otago was guilty of conceding a series of penalties on its own line, which drew a cheer from the large crowd.

The milestone was a proud moment in her meteoric rise through the refereeing ranks - the 13-test Black Fern only took up the whistle in 2015, as a way to stay involved in rugby.

"I don't know what I was thinking. I had just finished my playing career and now I am travelling even more."

Having a supportive husband and two children helped immensely, she said. 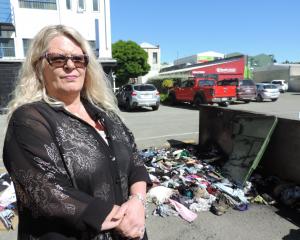 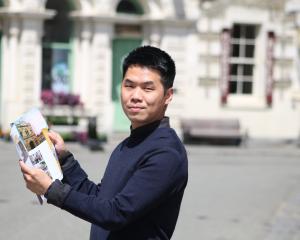