Mokihi to voyage back in time 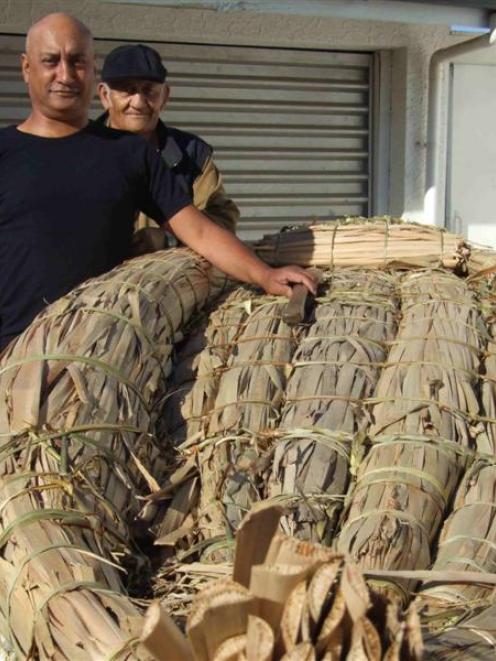 Waitaha elder Rangi Te Maiharoa and his son, Shane, have built a mokihi (reed boat) which will be trialled at Loch Laird, near Otematata today at 10.30am, beginning with a traditional blessing.

At noon, pupils from Waitaki Valley School will use it for a short voyage.

Next Saturday, the mokihi, navigated by Bruce Parker and crewed by Shane Te Maiharoa and Katarina Te Maiharoa, will leave the Kurow bridges at 8am and set sail down the Waitaki River to Bortons Pond. It is expected to arrive by 4pm, in time for a celebratory barbecue.

The craft is scheduled to sail at 8am the following day and arrive at the north side of the Waitaki River bridge about 1pm.

"It's possibly been something I feel our people should have on record, because they have been utilising the river for a couple of thousand years," Rangi Te Maiharoa said.

Rangi and Shane Te Maiharoa cut the raupo before laying it out to dry and then using it to build the mokihi.

It is the largest mokihi Rangi Te Maiharoa has built, although he recalled his father building one which carried 10 people down the lower Waitaki River.

The mokihi was designed for the river and he was confident it was up to the task. If it held up for the journey, it was destined for the Kurow Museum.

"To me, it looks good. If it achieves its goal, I'll be quite happy," he said.

Shane Te Maiharoa said next weekend he would be "sitting on the back hanging on to a paddle, letting the river do the rest for me".

The mokihi would have to be kept in deep water as the raupo would wear out if it scraped too much on the gravel, he said.

• Traditional tools and contemporary art works by the Waitaha people are being featured at the Kurow Museum.