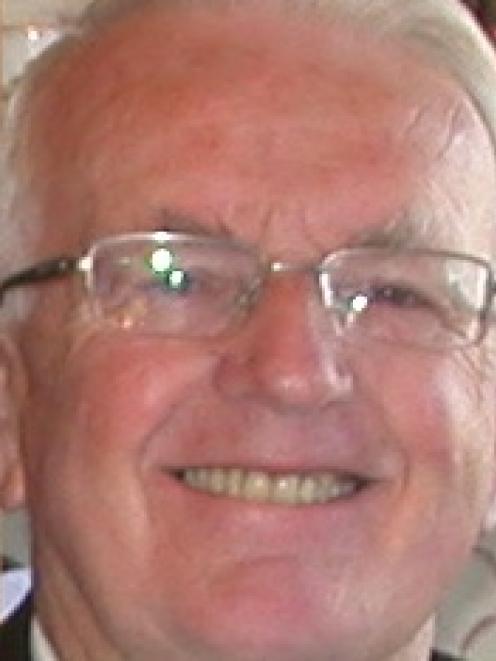 Alex Familton
The race for the Waitaki mayoralty was thrown wide open yesterday, after incumbent Alex Familton's shock announcement he will not seek a third term.

He announced in May he would seek re-election, but a number of factors resulted in the change of heart, he said yesterday.

They included a future role ''active in general politics'', but ''very important to the extent it may be incompatible'' if re-elected mayor.

Mr Familton (71) refused to give specifics about the role, but said it was not as a candidate in next year's general election.

Gary Kircher (49), a former deputy mayor, has already said he will seek the mayoralty in this year's elections after being unsuccessful in 2010, and yesterday deputy mayor Jim Hopkins (66) said he would now consider throwing his hat into the ring.

Mr Familton and wife Heather, dressed in Victorian clothes to show their dedication to heritage Oamaru, made the announcement yesterday at Annie's Victorian Tearooms and Store.

Elected mayor in 2007 by beating incumbent Alan McLay, Mr Familton was re-elected by a substantial majority in 2010.

He had intended to serve no more than three terms, and when making his May announcement said there were ''loose ends'' that needed tying up.

His decision to stand down was ''not sudden'' and the couple had been preparing ''for some months'', including tying up those loose ends faster than expected.

''I am confident that by October my desk will be clear and projects will be rolling. Our finances have been prudently placed, with sustainable rates increases in the 10-year plan and debt at a minimum.

''The next mayor will have a stable and established platform to operate from.''

The couple were both sad to go, but they had put their hearts and souls into the roles of mayor and mayoress.

Mr Hopkins paid tribute to Mr Familton's skills, including his leadership at all levels of council and the community: ''He is leaving at the top of his game and can hold his head high.''

Mr Hopkins said he would have ''some conversations with old friends'' whose opinions he valued, before deciding.

Mr Kircher also paid tribute to Mr Familton's leadership and the huge effort he and Mrs Familton had made over the past six years in getting out and maintaining contact with the community.

''It throws [the mayoralty] open a bit more, but I expect to see some [candidates] come forward who may not have if Mr Familton had been standing.''