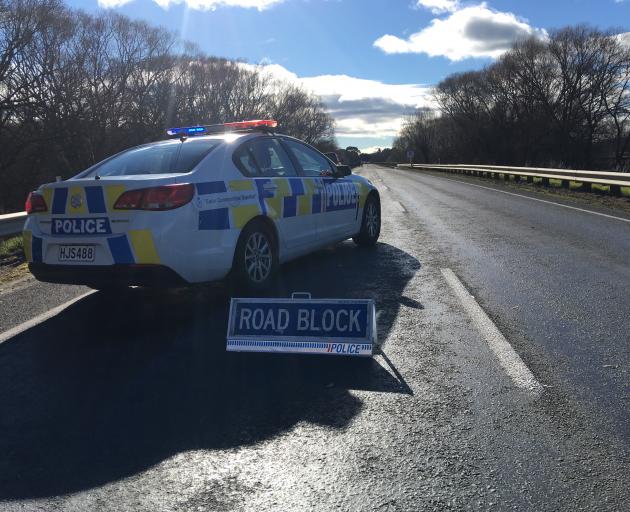 Senior Sergeant Jason McCoy, of Oamaru, who was at the scene, said the crash - which occurred on the Waimate side of the bridge on State Highway 1 about 20km north of Oamaru - involved three motorcycles and another vehicle.

A St John spokeswoman said two ambulances were sent to the scene and two patients were transported to Timaru Hospital with minor injuries.

A Fire and Emergency New Zealand spokesman referred all comment to the police.

At 6.30pm a police spokeswoman confirmed the road remained closed with detours in place.

The two people injured in the crash were the other motorcyclists.

Nobody in the car involved in the collision was injured.

The roads were expected to be busy with motorcycles yesterday after about 1000 motorcycle enthusiasts gathered in Central Otago for the Brass Monkey Rally, but police could not say yesterday whether the motorcyclists involved in the crash had been attendees.

At the scene, a sedan with a damaged right front bumper occupied the southbound lane, with Harley Davidson-style motorcycles in the northbound lane as the serious crash unit investigated.

A man at the scene said firefighters had attempted to save the motorcyclist's life with a defibrillator.