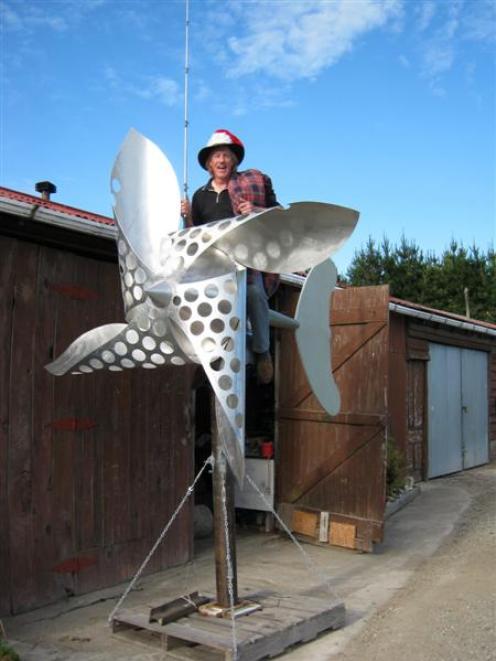 Singer and entertainer John McCabe, who spent $2500 of his own money and "hundreds of hours" working on the sculpture, said he came up with the idea of creating a windmill for the gardens while he was in the process of setting up a new solar panel and wind turbine business venture.

"I just really love the idea of making something spectacular, especially for the kids to come and say 'wow, look at that.'

"I am just in the process of getting it all ready to go up. It's a thing I've been working on for the past year. It's a little bit steampunk and and bit picturesque."

The working turbine would generate 500 volts, enough to power a small workshop or an optional surveillance camera on the windmill, which would mean extra security for the gardens, he said.

The 7m-tall working wind-powered turbine, which uses a 2.6m-diameter propeller and weighs 68kg, will be officially unveiled at the Oamaru Community Gardens in Chelmer St at midday and Mr McCabe said he would love to hear from anyone willing to help move the sculpture from his workshop.