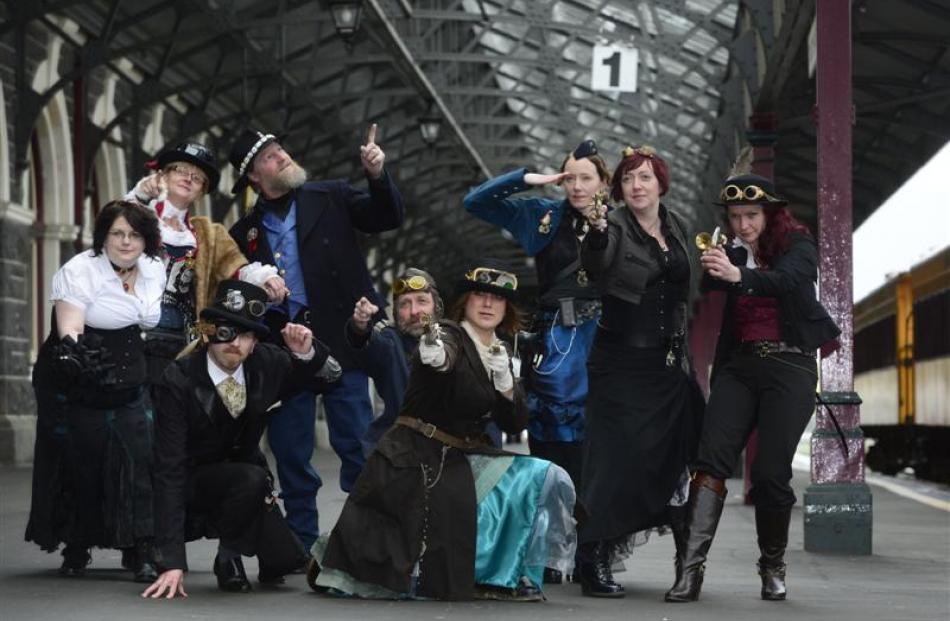 The Dunedin Gasworks Guild of Gadgeteers (rear, from left) Jackee Moore, Simone Montgomery, Norm Riley, Kura Carpenter, Kirsty Lewis-Bleakley, Fran Radley, and (kneeling, from left) Bradley Fairbairn, Peter Fleury and Sofie Welvaert dress in steampunk regalia for the official opening of the 2012 Steam Festival at the Dunedin Railway Station last night. They were among more than 100 people at the event.