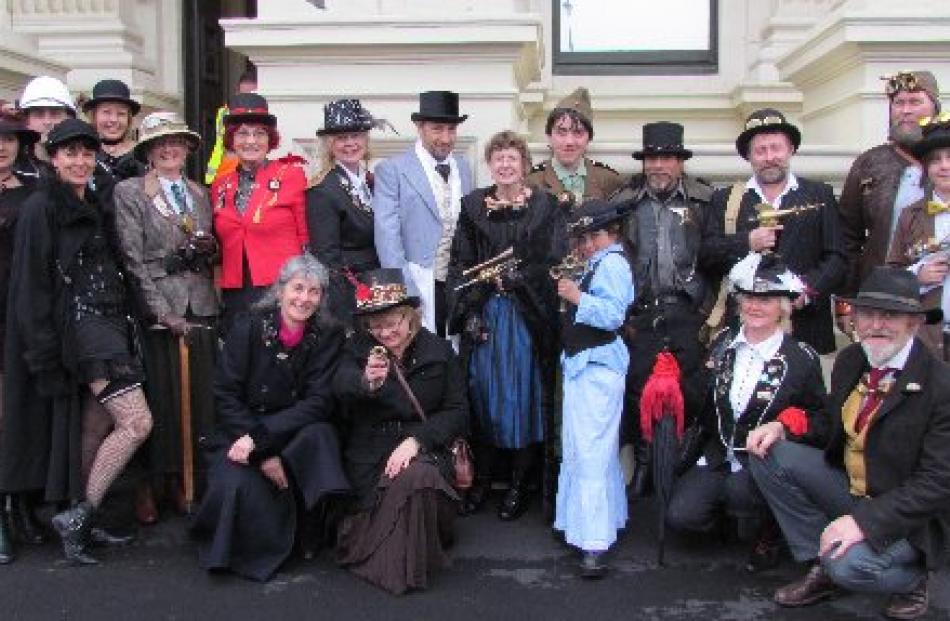 The League of Victorian Imagineers' third exhibition, called "Steampunk: Tomorrow as it used to be", was launched at a street party (above) outside the Forrester Gallery in Oamaru on Saturday night.

Steampunk, based on a futuristic re-imagining of a Victorian world in which the main fuel source is not petrol but steam, is a theme which runs through the town in the form of art installations.

Agent Darling, aka Iain Clark, who began independently making Steampunk pieces before he was even aware that Steampunk existed, was "blown away" by the standard of the exhibits.

Each of the three exhibitions had varied depending on the people exhibiting, he said.

He paid tribute to the Forrester Gallery for embracing the movement and, in particular, to director Warwick Smith, whose "artistic skill in the presentation of the event is every bit as important as any piece in the exhibition".

Steampunk had helped to unveil the amount of "creative genius out there", he said.

Oamaru had become a centre for Steampunk and the movement had taken on a "literal head of steam", he said.

He praised the involvement of Oamaru's "young people" who danced and drummed on a partially closed Thames St prior to the exhibition opening.

The exhibition will run until November 27.