Prescribed reading for free through libraries 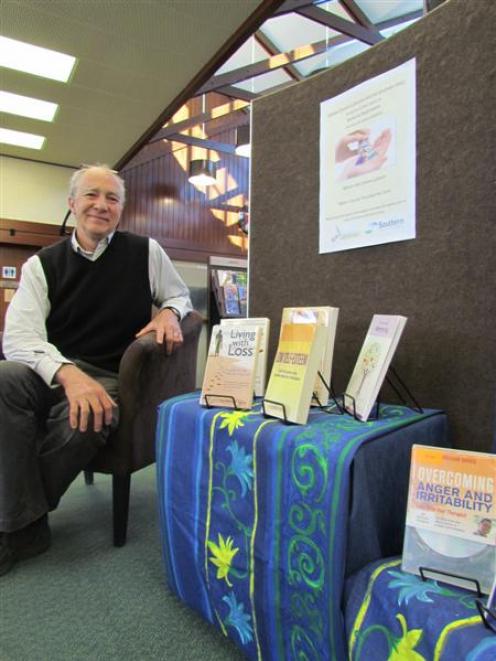 Waitaki district library manager Philip Van Zijl with some of the Oamaru Public Library's collection of books, which are now available on prescription from doctors. Photo by Andrew Ashton.
A scheme pioneered in the United Kingdom that allows health professionals to prescribe books to help patients understand health conditions has been launched in Waitaki.

From today, anyone can obtain a form from health or counselling professionals that will allow them free of charge to borrow books from libraries in Waitaki, and although Waitaki district library manager Philip Van Zijl said librarians would not replace health professionals, librarians already had the necessary skills to deal with sensitive issues.

''As librarians we already have a role of trust and we often get requests by people for material on sensitive issues. We've learned how to deal with it with sympathy and sensitivity, so this has been a natural outflow of that.''

Mr Van Zijl said the scheme also indicated the value and relevance of books in this modern age.

''It empowers people with information so when they do consult health professionals they have intelligent questions.''

He added that the books could still be borrowed without a recommendation from a health professional.

The scheme was a collaboration between Waitaki District Libraries and the Southern Public Health Organisation (PHO), and was based on the work of British psychologist Dr Neil Frude.

PHO health promotion co-ordinator Katie Jahnke said the scheme was first set up in Cardiff in 2003, and since Dr Frude gave permission to bring the scheme to New Zealand two years ago, it had been implemented in Central Otago, Wanaka and Queenstown.

Ms Jahnke said the books would be freely available from the library and would be a great resource for the community.

''There is good clinical evidence to show that books can be just as effective at treating common mental health problems as other forms of therapy, and with the advantage of having no side effects. Books can work well either on their own or used in conjunction with other forms of treatment,'' Ms Jahnke said.

''Another advantage of books is that they can be read by someone where and when they want to, offering a new way for people to get support, particularly in areas with limited access to other forms of treatment.

''Books may also be useful for partners, family members and friends to learn more about the feelings their loved ones may be experiencing.''

The list of books available had been carefully compiled by experienced mental health professionals and addressed a range of problems including anger, anxiety, stress, depression and low self-esteem.

''There is a bewildering array of self-help books to choose from and buying the right book can be difficult and costly, and so this scheme allows easy access to a list of high-quality books.''