Promise made on buildings 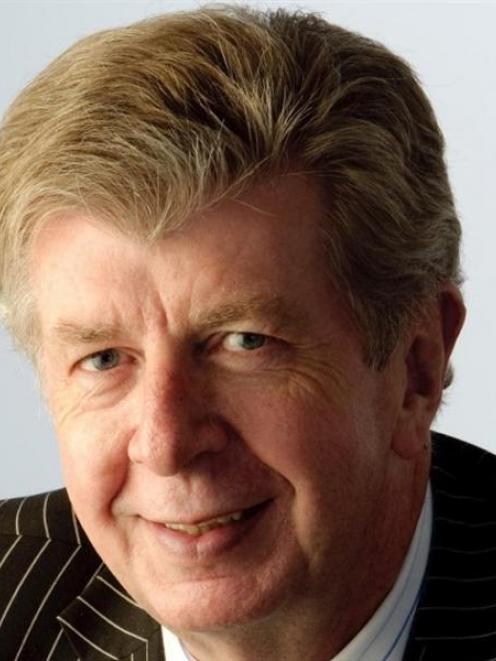 Maurice Williamson
Oamaru's ''spectacular'' Victorian buildings that make the town ''unique'' will not be left abandoned, empty or in need of demolition by new earthquake-prone building policy proposals, Building and Construction Minister Maurice Williamson has promised.

He gave businesses and politicians in Oamaru yesterday a ''watertight'' guarantee that the new policy proposals would not make it too expensive to keep the town's historic buildings open.

''Without doubt, there is nothing like this anywhere else, and I think I can give you a watertight guarantee, whatever the policy we end up with, it is not going to see the destruction of this sort of stuff,'' Mr Williamson said in Oamaru yesterday.

''[But] we do have to do something - the Royal Commission have given us a direction to do something about earthquake-prone buildings and they have set out what they think is a realistic regime.''

Mr Williamson yesterday met residents, business representatives and council officials in Palmerston, Waimate and Oamaru, as the Government considers how to proceed following the closure of public submissions to the Canterbury Earthquakes Royal Commission's proposals for greater earthquake strengthening of buildings made from unreinforced masonry. 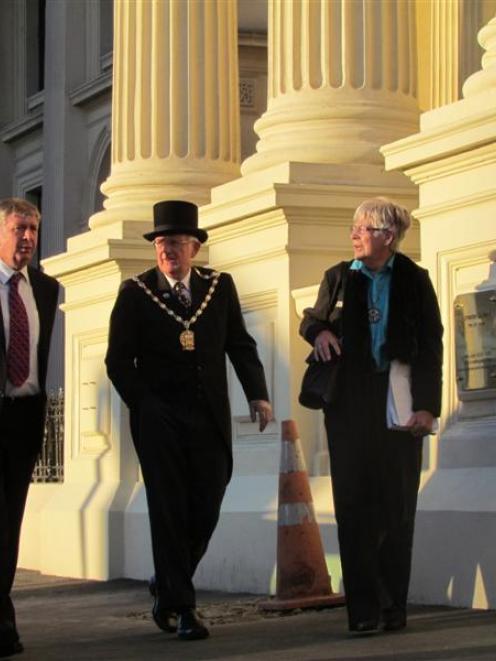 North Otago Chamber of Commerce chairman Gary Kircher (left) shows Construction Minister Maurice Williamson around Oamaru's historic buildings with Waitaki Mayor Alex Familton and district councillor Helen Stead. Photo by Andrew Ashton.
The Otago Chamber of Commerce, along with Waitaki and Waimate mayors, had all previously expressed concerns that if earthquake strengthening regulations were too tough it could lead to ''empty'' main streets across North Otago.

''The idea of a meeting like this is to get a first-hand example of buildings that could easily be under threat if we are too extreme in the policy position we land on,'' Mr Williamson said in Oamaru.

No policy decisions had been made, but would be over the next ''few months''.

''In the meantime, we need to make sure we really understand what the implications are for any of those changes.''

The Christchurch earthquake should not be held up as a barometer of what the country's building stock should be expected to withstand, he said.

A balanced and realistic time frame for strengthening measures was needed, and should protect public safety at a ''reasonable cost''.

''In a general sense, I'd like to make sure that we don't overreact to what Christchurch had. That was a cataclysmic event, way beyond a one-in-500-year event. Vertical ground shaking that has never been recorded in the world before.

''It would be foolish to then decide we'll make all our policy around that one event, which may never be repeated in New Zealand in the next 5000 years.''

However, he added that he could could not speak for insurance companies and banks.

''The banks have all said that they are moving out of anything that's not 67%. I personally think that's an overreaction, but I don't have the right to tell a private company what they do. That's their call,'' Mr Williamson said.

Otago Chamber of Commerce North Otago chairman Gary Kircher said, after listening to the minister, he was ''confident'' there would not be an empty main street in Oamaru when a policy was introduced.

''The concern we and others had was if they were too draconian in the policy, then we could end up with empty main streets.''

Oamaru commercial building owner Len Chadwick welcomed the minister's comments but added many businesses and property owners were ''in a state of limbo'' until an actual policy was produced.