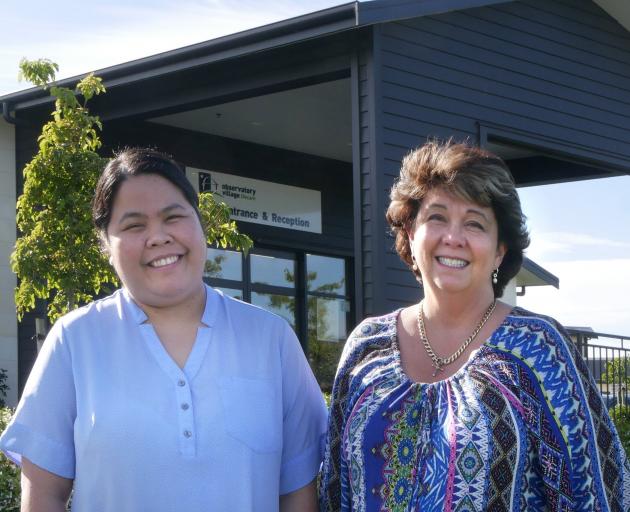 And there are no compromises or shortcuts when delivering healthcare, Observatory Village manager Moira Kliegl says.

Like many other businesses in Waitaki, Observatory Village was struggling to find employees, Ms Kliegl said.

Several staff had left for ‘‘natural reasons’’ such as retirement, relocating to cities, or maternity leave, she said.

But the rest-home was not experiencing its usual seasonal ‘‘pick-up’’.

Each year, it hosted trainee nurses between November and February, and when they moved on, migrant workers would fill the gaps — gaps that now lay empty because of strict Covid-19 border restrictions.

For now, the village had enough nurses to provide hospital-level care, but there was a real need for caregivers, Ms Kliegl said.

As a result, the village had been unable to take new admissions since Christmas.

People were waiting in Oamaru Hospital to enter aged-care facilities, she said.

The village needed about four caregivers, two nurses and hospitality workers. Until these roles were filled, other staff, including management, were taking on extra tasks to help ease the pressure, she said.

Without registered nurses in aged care, there would be more older people in hospital competing for beds — something that was best avoided as new Covid-19 variants entered the country, Ms Rowe said.

The charitable trust had eight rest-homes across Otago, and all of them had been hit by the shortage — including Oamaru’s Iona Home and Hospital, Ms Rowe said.

Iona had been reasonably stable as Oamaru was not excessively expensive to live in and house prices were relatively low.

The issue was complex as residential aged-care facilities competed with district health boards for nurses, and immigration barriers were significant, she said.

Otago Polytechnic College of Health head Ian Crabtree said since the start of the Covid-19 crisis, the competency programme’s admissions had dropped significantly.

The college used to take up to 120 international nurses annually, but in 2020 it took about 50 and about 20 last year, Mr Crabtree said.

To help solve the issue, the college was working with residential aged-care facilities in Otago and Southland and the Southern DHB to identify those working as unregistered nurses and get them through the programme, he said.

The college also reduced its international fees by 50% for the aged-care sector in Southland and Otago so facilities could support international nurses in completing the programme and bonding them into working for the facility.

Last November, it was announced that the Ministry of Health and Ministry of Business, Innovation and Employment would make 300 MIQ beds available for critical health and disability workers each month.

A Ministry of Health spokesman said since the pathway came into effect on November 1, 221 critical health and disability workers had been issued MIQ vouchers.

While this group of workers had been ‘‘undersubscribed’’, there had been a considerable increase in the number of applicants and the amount of vouchers issued was expected to increase, he said.