Rip snorter of a pet day in Oamaru 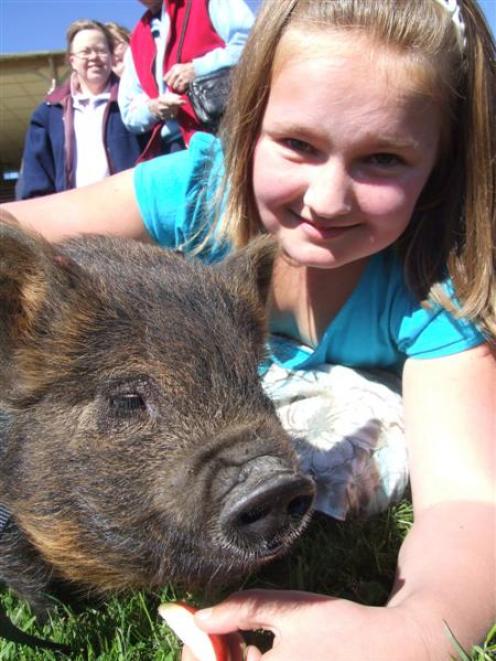 Fraggle and her mistress, Moriah Tyrrell (10), from Kurow, were among the many entries in the new event, organised by the North Otago A and P Association in conjunction with Vetlife.

Animals of all shapes and sizes, from lambs, goats and calves to dogs, ponies and rabbits, were put through their paces.

Fraggle, a two-month-old half miniature Kune Kune, did not like her harness much.

The pig went for walks at home without a lead and had only been in a harness since Wednesday, Moriah explained.

The excitement of the day was a bit much for Fraggle and she was seen napping behind a pushchair.

Sarah said this was because Buttercup led so well: in spare time at weekends, she took Buttercup for walks.

North Otago A and P Association president Mark Lawrence was thrilled with the success of the day, which might become an annual event.