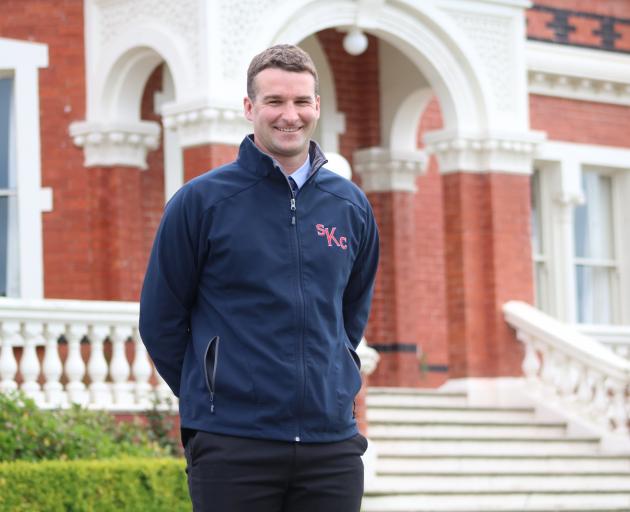 St Kevin’s College head of sport Craig Smith has been appointed as the school’s new deputy principal. PHOTO: KAYLA HODGE
From cricket to the classroom, Craig Smith has always followed his passions.

The St Kevin’s College head of sport and physical education was appointed earlier this month as the Oamaru school’s new deputy principal, taking over from Kerry Ryan.

Mr Ryan resigned last month after 16 years to take up a role at the Ministry of Education.

Mr Smith (36) joins assistant principal Jo Walshe, who will take over from Paul Olsen as principal at the end of the year, as part of the school’s new leadership team.

The former Otago Volts cricketer had spent the past two terms as acting deputy principal and said he was thrilled to be permanently appointed.

‘‘I’m just excited and looking forward to it, and working with Jo and the new senior leadership,’’ Mr Smith said.

‘‘The positive is that we’ve got a continuity.

Mr Smith, who was educated at St Kevin’s, said he was ‘‘truly passionate’’ about the school and its values — family, integrity, respect and excellence — and watching the pupils portray them.

‘‘I suppose for me that’s something that I truly do buy into, and it’s something I like to live my life by as well. It’s just the passion for the school and seeing the kids do well.’’

Mr Smith completed a bachelor of physical education degree at the University of Otago, before taking time to play professional cricket.

During an injury break, he helped as a teacher aid at Dunedin’s Kavanagh College, leading him to complete a postgraduate qualification in teaching and land his first job at Southland Boys’ High School in 2010.

In 2016, Mr Smith and his family moved back to Oamaru, and he took up a job as St Kevin’s head of sport and physical education.

He spent the past three years as the principal’s nominee for NZQA, and proudly created high performance sports programmes and had major input into the school’s multipurpose turf.

He looked forward to continuing the ‘‘fantastic’’ work the school had already achieved under Mr Olsen’s guidance.