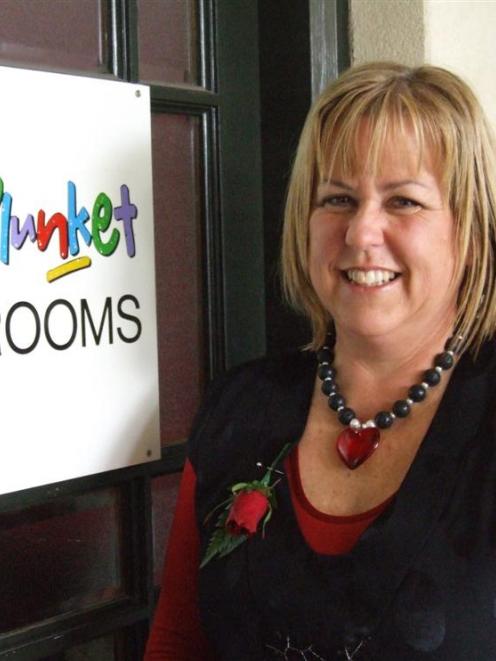 Plunket national vice-president Tristine Simpson this week received a silver award for 25 years' service. Photo by Sally Rae.
When Tristine Simpson had her first child nearly 27 years ago, she joined the Tokarahi sub-branch of Plunket.

"That's what everybody did. You had a baby and the next day you went to the Plunket meeting," she recalled on Thursday.

In 1982, the young mother had no interest in moving up the ladder of the organisation which, at that stage, had about 15 sub-branches in North Otago.

But one thing led to another and once she was elected president of the Tokarahi sub-branch, she started going to North Otago branch meetings.

Mrs Simpson (47), who is the organisation's national vice-president, was presented with a silver award marking 25 years' service, at a special awards function in Oamaru on Thursday.

Certificates of merit and long-service awards were presented by Joyce Johnston, a life member of the North Otago branch who has been involved with Plunket for 55 years.

Mrs Simpson, who is also a life member of the branch, said she had stayed involved for so long because she had a passion for Plunket.

She had made some "fantastic" friendships.

She has been on the national board for six years.

It was a big responsibility because Plunket was now about a $50 million-a-year business.

She could attend meetings in Wellington three or four times a month.

A plea has been made for people keen to knit woollen singlets and hats for Plunket nurses and midwives to distribute to parents of newborns in North Otago.