Steady progress in recovery from accident 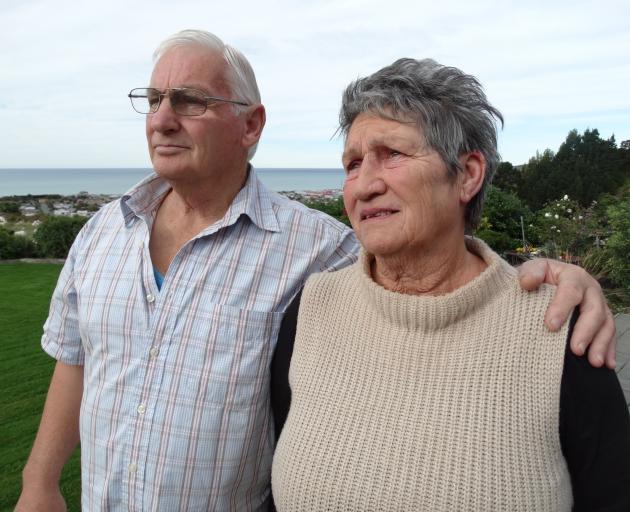 Ian and Ann Harrex, of Oamaru, are optimistic their daughter Teenica will make a full recovery from the serious injuries she received in a vehicle accident in Bali in December. Photo: Daniel Birchfield
She may have a long way to go, but Oamaru woman Teenica Harrex is making progress in her recovery from life-threatening injuries she received in a vehicle crash in Bali last year.

Speaking to the Otago Daily Times this week, parents Ian and Ann Harrex say she is doing well.

Miss Harrex (42) suffered several broken ribs, a collapsed lung and serious head injuries when her motorised scooter was hit by a similar vehicle on a busy street, before the driver allegedly fled the scene, on December 10.

She had been in Bali for about a year on a temporary visa,  teaching English, but did not have travel insurance.

Miss Harrex was placed in an induced coma at BIMC Hospital in Kuta where she underwent brain surgery, which involved part of her skull being removed to relieve swelling to her brain, where a blood clot was removed.

Her parents, who live in Oamaru, had hoped to fly her home on December 30 but her injuries meant she was not able to travel.

To make matters worse her parents were faced with a  medical bill of more than $220,000, which had now been paid and was partially funded by a Givealittle page set up by Miss Harrex’s Australian-based aunt and uncle, Trevor and Sharyn Harrex.

Now back in Oamaru and living with her parents, Miss Harrex was flown from Bali to Perth by Perth company Medical Air before being transferred on a stretcher to an Air New Zealand flight to Christchurch on January 9.

As part of her ongoing recovery she spent a week in Christchurch Hospital, then Burwood Hospital for a further three weeks before she was released and able to return to Oamaru.

Mrs Harrex said family and medical staff were happy with the progress her daughter had made so far.

"Overall, we are very pleased. We’ve had a couple of setbacks but she is doing well. It’s going to take a long time."

Miss Harrex suffered from aphasia, which meant she had difficulty talking, understanding conversations, reading, writing and with numeracy.

"She is having speech therapy and has support workers in the community now, so with support and with the therapy ... they tell us she will make a full recovery," Mrs Harrex said.

She was also undertaking activities such as art, swimming and watching documentaries on brain injury rehabilitation.

Mrs Harrex said support from friends, family and the local and wider community had made a big difference.

"We would like to thank people so much for everything they have done and and we’re feeling positive about her future."