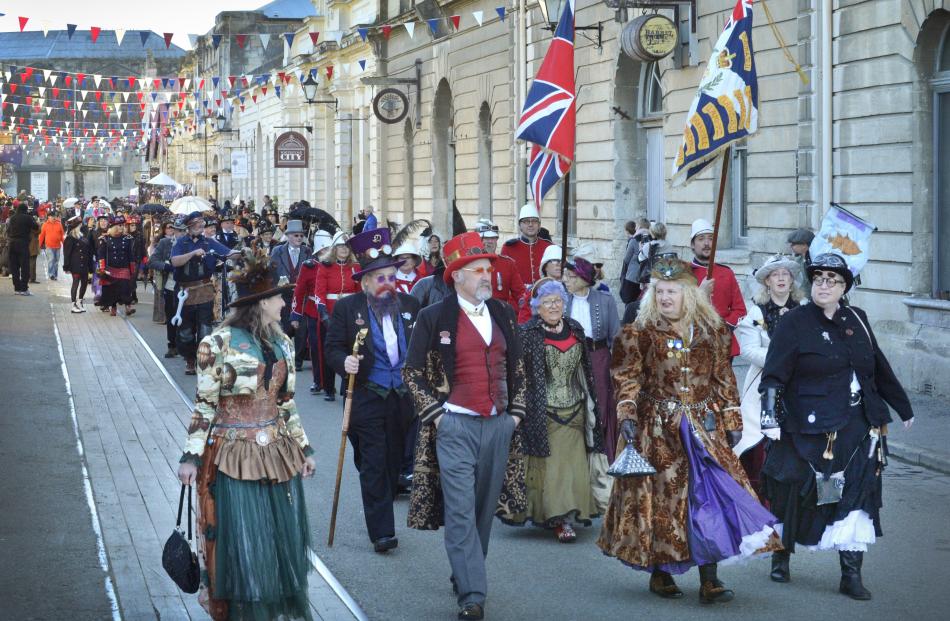 Steampunk enthusiasts parade down Harbour St on Saturday as part of the Steampunk NZ Festival held in Oamaru over the weekend. Photos: Gerard O'Brien 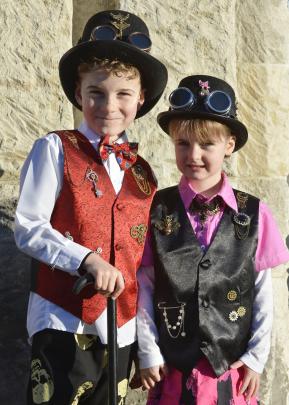 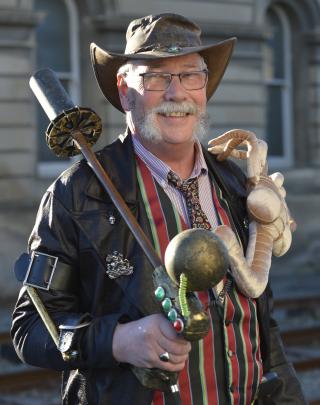 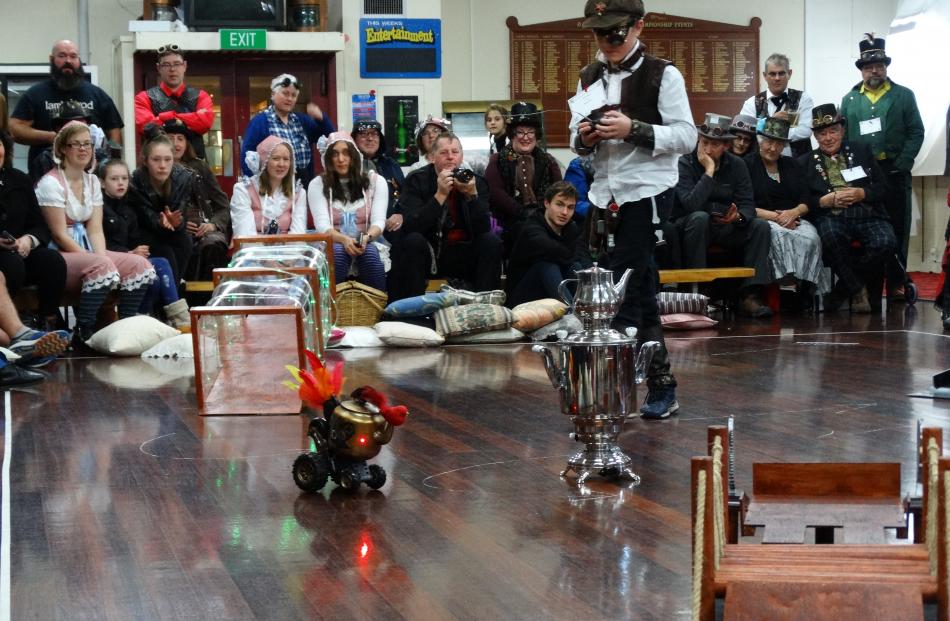 Ashyr Lane (10), of Christchurch, races his teapot ‘‘Wings of Fire’’ during teapot racing, part of the Steampunk NZ Festival, at the Oamaru Club on Saturday. Photo: Daniel Birchfield

Steampunk took over Oamaru at Queen’s Birthday Weekend, as the largest event in the southern hemisphere celebrating the genre transformed the town into a steampunk playground.

Steampunk fans from around New Zealand and as far afield as Australia, the United States and the United Kingdom gathered in Oamaru for the ninth annual Steampunk NZ Festival, which celebrates the sub-genre of science fiction or science fantasy that incorporates technology and aesthetic designs inspired by 19th-century  steam-powered industrial machinery.

"There’s incredible numbers of people in town. The events ... have been absolutely outstanding. I couldn’t have wished for better." 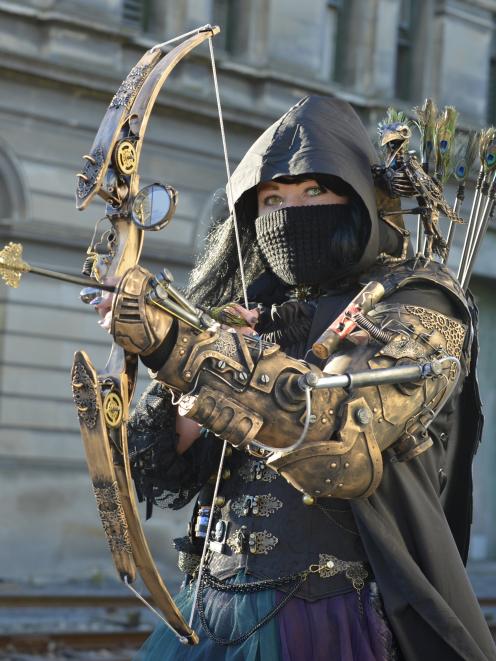 After several smaller events on Thursday and Friday morning, the Steampunk NZ Festival got into gear on Friday night with Oamaru Fire and Steam in Harbour St  followed by a vaudeville-style steampunk show at the Loan and Merc.

On Saturday morning, hundreds of steampunk fans in an array of styled costumes took part in a parade  along Harbour St, watched by an enthusiastic crowd.

Steampunk-inspired Morris dancers, a pipe band and steampunk fans armed with weapons ranging from ray guns to bows brought the street to life as they marched  before enjoying a get-together at Oamaru Harbour, where keen onlookers took the opportunity to shoot photos.

World Championship Teapot Racing, held at the Oamaru Club, was the main attraction on Saturday afternoon.

More than 30 people entered their steampunk-styled teapots, mounted on remote-controlled car chassis, into the championships.

Drivers were required to navigate their teapots over, through and around several obstacles in the timed race.

Similar races were held yesterday  morning in Harbour St, this time outdoors as part of the first Awesome Monsterpot Racing World Championships, which again required manoeuvreing around or over several obstacles.

The always popular mess dinner and airship racing took over the Loan and Merc on Saturday night.

Workshops were sandwiched between the major events as were other activities, including the steampunk market, premiere of animated steampunk short film Della Mortika: Carousel of Shame and the steampunk magic show.

The festival concluded with a gala ball last night.

Planning was under way for the festival’s 10th anniversary next year and Mrs Jansen said people could expect it to be "bigger, bolder and faster". 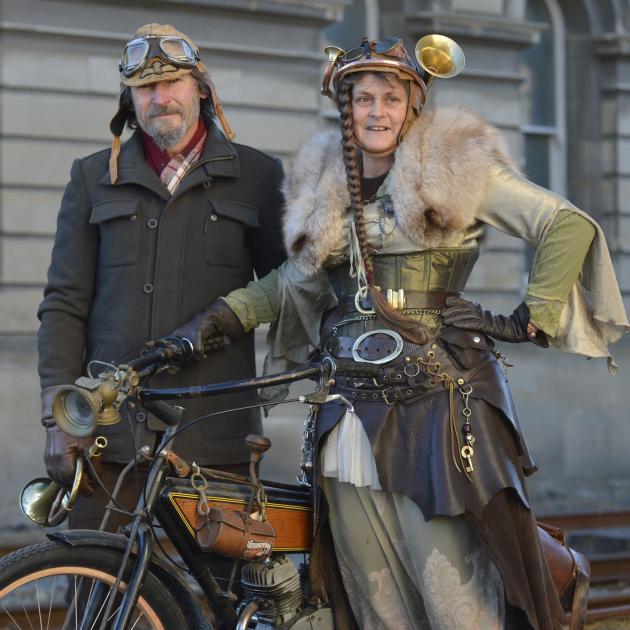