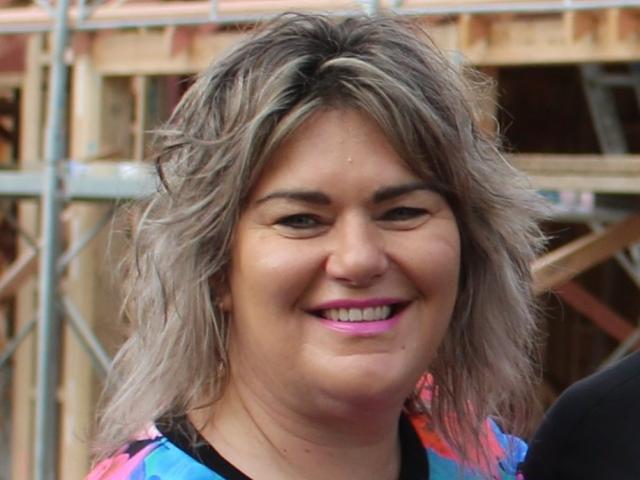 Robyn Nind made another plea for the council to dedicate resources to develop plans for a cycleway/walkway along Ardgowan Rd to make it safer. Photo: ODT files
Government reforms, road safety, tourism and economic development, funding agreements and climate change were among issues raised this week when the Waitaki District Council heard spoken submissions on its 2022-23 annual plan.

The council plan, which proposes a 7.47% rates rise, received 56 submissions and 13 people and organisations delivered theirs in person yesterday.

Waitaki Whitestone Geopark Trust chairwoman Helen Jansen asked the council to adopt its financial contribution of $146,880 and get involved in the upcoming visit of international Unesco evaluators. Two evaluators are scheduled to visit the district in the first week of July to assess Waitaki’s application to become a Unesco Global Geopark.

The Waitaki Resource Recovery Trust asked the council to increase its annual grant by $80,000, to $340,000. Chairman Neville Langrish said the major problem the trust was facing was freight and wage costs. The other option was to increase costs to the public, which it was reluctant to do.

"But if all else fails we will increase our charges because we will keep the business profitable and keep it running," Mr Langrish said.

Community House chairman Dick Cottier and Waitaki Community House Trust development officer Robert Roodnat asked the council to allocate resources to remove the barriers that prevented the former RSA building from being used. The trust has identified the Itchen St building as one of three potential sites for a new community hub development in Oamaru. If the legal uncertainties around the use of the building could not be cleared up, they asked the council to support the trust finding and acquire another site.

Simon Berry and Robyn Nind, speaking on behalf of Ardgowan School, made another plea for the council to dedicate resources to develop plans for a cycleway/walkway along Ardgowan Rd.

The roadside was too dangerous for pupils to bike or walk along to school unsupervised, and there had been a near miss on Tuesday morning, when a pupil had ended up in a ditch from having to avoid a vehicle.

"I just think it’s a matter of time before we have a fatality there," Mrs Nind said.

The school community was willing to fundraise to get the project progressed - but it needed the council to provide plans to get started, Mr Berry said.

Andy Powazynski, speaking on behalf of a group of residents of the new Bradfield Rd subdivision, also asked for urgency to address safety issues in the Ardgowan, Parsons, Tutu Hill and Homestead Rd areas. Until funds were allocated to the issues, no new subdivisions should be consented, they said.

Waitaki Mayor Gary Kircher thanked submitters. A decision report would be prepared for a council meeting on June 7.