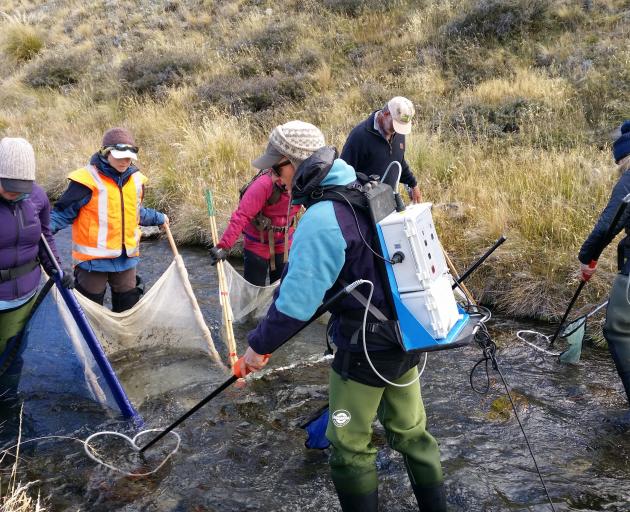 A team from Environment Canterbury, the Department of Conservation and the New Zealand Defence Force work together to net trout and move them further downstream, away from bignose and longjaw galaxiids, which are only found in the Mackenzie Basin. PHOTOS: SUPPLIED
There will be fewer fish to fry but more of two native species left alive. 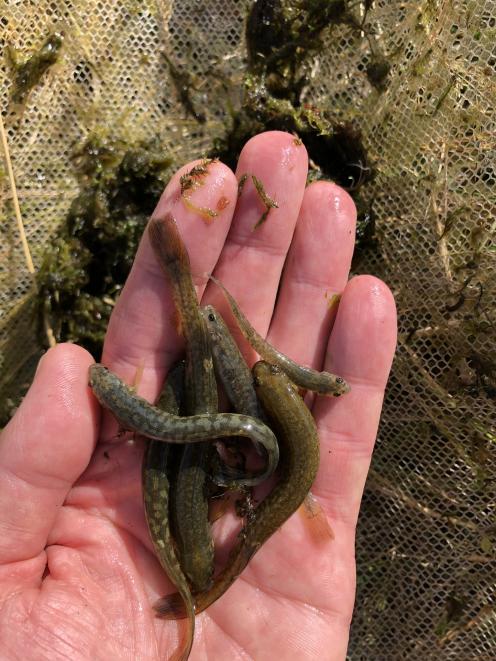 More than 500 rainbow and brown trout have been removed from a Mackenzie Basin stream to protect two types of non-migratory galaxiids.

Environment Canterbury biodiversity officer Robert Carson-Iles said he would return to Fork Stream, west of Lake Tekapo and running south of the Gamack Range, this week to continue what was an inter-agency effort.

In April, a team from ECan, Doc and the New Zealand Defence Force worked together to remove large numbers of the freshwater game fish from the area - but as the numbers had lowered over the past couple of years the numbers of fish removed each visit decreased.

"You're repeatedly going in before you get them all," Mr Carson-Iles said.

"We're getting down into the real nitty gritty there. So, we're only pulling out a handful of a fish each time."

Another "big team hit" was likely this summer.

The removed trout were stunned then hand-netted and transported downstream of one of two fish barriers, prefabricated concrete drop-log weirs, one on site at the NZDF military camp, and the other on Glenmore Station.

It was likely there were only 20 trout upstream of the barrier on the defence force land, in place for about two and a-half years, a year longer than the Glenmore Station barrier.

The bignose and longjaw galaxiids, which are being protected from the predatory, introduced trout, are only found in the Mackenzie Basin.

The Doc website states there are 12 species of non-migratory galaxiids and a further 13 indeterminate galaxiid species recognised in New Zealand.

"These fish are not well known, and it is difficult to tell non-migratory galaxiids species apart. Some species are only found in one or two rivers and all have a threatened or at-risk conservation status."