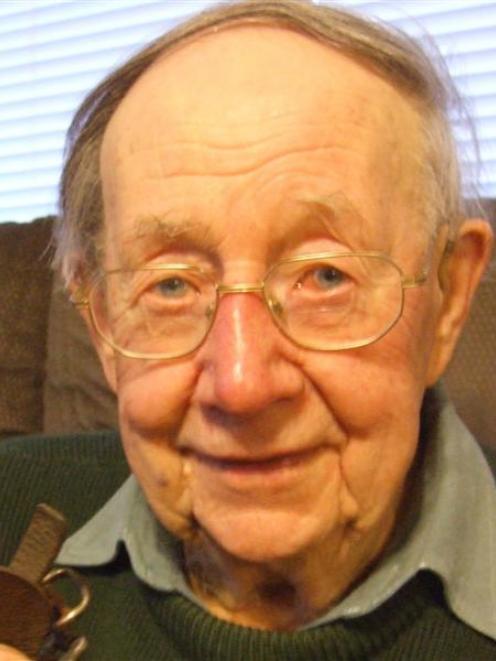 Stan Wilson
Wild horses could not keep Stan Wilson away from the rededication of the Boer War monument in Oamaru on Saturday.

The memorial rededication is a major part of the official opening of the Thames St safety project, which starts at 1pm.

Mr Wilson, a World War 2 veteran who fought at Cassino, has a special interest in the Boer War.

His uncle John Henry Hurford, from Doyleston, in Canterbury, was a member of the first contingent New Zealand Mounted Rifles in the South African war.

Mr Wilson, who has a comprehensive collection of war memorabilia and photographs, has one of his uncle's spurs, a button from his coat and his farrier's badge, along with copies of his certificate of discharge and his obituary.

After 12 months' fighting, Mr Hurford was invalided home with typhoid, and he died in 1907, aged 30, from complications resulting from the fever.

He was given a military funeral at Sedgemere Cemetery.

The family involvement in the armed services has continued with one of Mr and Mrs Wilson's granddaughters recently returning from serving as a nurse in Afghanistan with the army.

While Mr Wilson said he was initially "dead against" the Boer War monument being shifted, his views had now changed.

"It's come up beautiful and I think it's marvellous."

Coincidentally, Mr Wilson's grandfather died after being thrown from a horse-drawn trap when it collided with a bicycle at the corner of Thames and Coquet Sts many years ago.