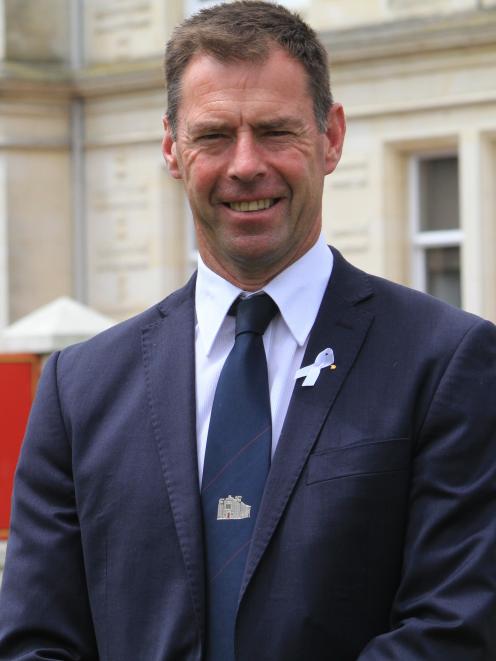 Darryl Paterson. PHOTO: ODT FILES
Parents are becoming agitated about the number of half-days Waitaki Boys’ High School pupils are being asked to take off so teachers can take part in "staff wellbeing framework programmes".

But rector Darryl Paterson said the programmes were making a big difference to the quality of work being done by staff, and ultimately benefiting pupils.

The latest programme was held last Friday, when pupils were sent home for the afternoon.

However, some parents were annoyed at the little notice they received of the half-day. They were notified via a Facebook message on September 4.

One parent responded to the Facebook notice by saying: "I think the school owes the parents an explanation to all these half-days.

"Especially on a year the kids have had so much time off because of Covid.

"What about the wellbeing of the students and providing them with an education so they have a future?"

Another parent complained their son had had two afternoons off for the teachers’ programme, and "now Friday arvo is off. What's going on?"

A third parent suggested the school put on a "parent wellbeing day, with the amount of time they are having off".

However, other parents were supportive of the meetings.

"We only end up missing out on one class (1 hour) and the teachers deserve to have their wellbeing looked after, so stop complaining," one parent said.

Another said it was "a hard time for the staff", so it was good to know they were being looked after as well as the pupils, "especially with the year everyone’s been through".

Mr Paterson said staff had participated in two one-hour sessions on a Friday afternoon, in weeks three and eight this term.

"We believe strongly that an engaged and energetic staff will ultimately benefit our students, and also taking into account how much the impact of lockdown earlier in the year [affected] staff wellbeing."

He said the school was always open for instruction during these times.

"These one-hour sessions are only a part of our overall staff wellbeing programme, which includes a number of other initiatives such as a weekly ‘good sorts’ award, a weekly staff morning tea shout, and a fruit for staff initiative, to name but a few, along with the provision of school counselling for staff if required."

He said the board of trustees was "fully supportive" of the programme and believed it was having a "tremendously positive impact" on the wellbeing of staff.

There were no more sessions planned for this year, he said.