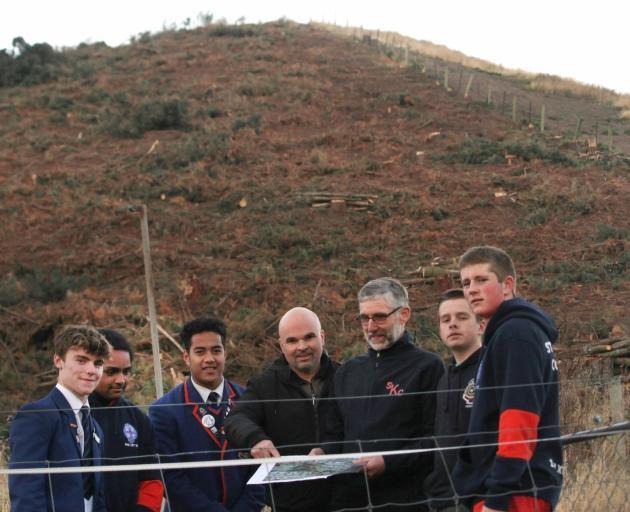 If the Government plans to plant a billion trees across the country over the next 10 years, there could be major benefits for New Zealanders.

And Waitaki Community Gardens Trust operations manager Dan Hyzl says a blueprint for those benefits is being drawn up in the Waitaki.

The trust is developing an offsite community nursery that could help the billion-trees goal - and also help the Waitaki community on a number of levels including ecological, educational, social, mental health and economic development.

There were already "quite a few" successful nurseries in the area, but the trust has been focused on education and wellbeing throughout its 10-year history.

"It's something that's an educational template, and an ecological solution for the biodiversity [issues]. People are looking for solutions for our district," Mr Hyzl said.

"Its's about getting our community together through `inter-agency activities' with landowners, farmers, schools, the Pasifika community, iwi, councils ... just everyone who is involved in the community."

An opportunity for a partnership has already presented itself at Oamaru high school St Kevin's College.

At that school, principal Paul Olsen said the felling several months ago of a plantation forestry block on campus had provided an area proposed to become a living laboratory where pupils could learn the skills of propagation and planting and the science behind developing a native plantation.

"At St Kevin's we've said we want to be part of this: endorse it and be part of a trial.

"We see that this is something that will be perhaps, if successful, part of a wider community initiative that might be able to support [the gardens'] vision," he said.

"The beauty of this project is that it will have skills at all layers and levels. Because you're going to need the scientists at the very highest level ... and on the other level you'll need people who are prepared to put the gumboots on and tread the hillside and plant the trees.

"The land itself, it's relatively steep. What we're looking at is to be able to put native forest back into this - A: because it will stabilise the land, and, B: it will also give us an opportunity to perhaps produce an area of native forest that might have a richer context such as being an island for native species of birdlife."

Importantly for the school, he said, "there are pathways at all levels" from the practical skills of physically planting, to the skills of propagation and growth - "through to perhaps the academic pathways in the scientific areas".

The trust has begun work developing a nursery at a 1.3ha glasshouse roughly 15km from Oamaru, the potential of which, if it were to run "anywhere close to capacity", would have an impact on regions "far beyond the Waitaki", Mr Hyzl said. 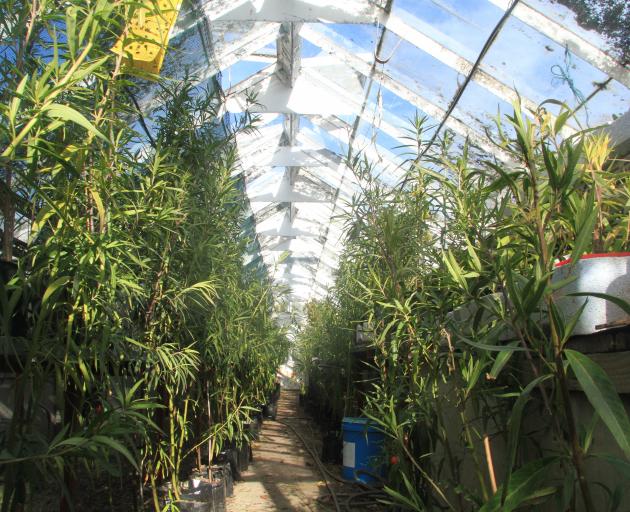 The Waitaki Community Gardens community nursery at Oamaru Public Gardens is used to grow natives for planting projects around Oamaru. However, plans are under way for a new offsite nursery as well. PHOTO: HAMISH MACLEAN
However, he said, the trust still needed to have conversations with stakeholders.

But those the trust had spoken to, including farmers and irrigation companies, were enthusiastic about the potential for education and community development through a nursery - and for growing native species for their planting purposes.

"There seems to be a lot more interest now from landowners and farmers throughout Waitaki even than there was three to five years ago," Mr Hyzl said. "The timing seems to be right for people to be really interested in this. That interest, from all the research we've done and from the feedback we've got, wasn't there five years ago. It definitely is there now."

The trust has received support from Ministry of Social Development southern regional commissioner for social development Jason Tibble. Mr Hyzl provided a letter of support from Mr Tibble for a provincial growth fund application for a native tree nursery.

Waitaki Mayor Gary Kircher said the project was a "worthy, holistic approach to dealing with some key issues in our district".

He endorsed the project in a letter of support saying it would bring significant benefits to the district "in the form of our economy, our society, and our environment".

"In an area of relatively high [numbers of people who are unemployed, not in school, or vocational training] this type of business activity will create very positive opportunities for our youth," Mr Kircher wrote. "The right tree in the right place is more than a slogan for Waitaki, it is a necessity, particularly in our rural hinterland."

Mr Hyzl said over its first 10 years, the trust, was "at this stage ... financed generously by donations and successful grants" but a successful nursery could help.

"Obviously we're keeping afloat, but, for the legacy of the Waitaki Community Gardens Trust, it would be fantastic if it could be doing everything that it was doing now, but at a higher level, while being financially sustainable."