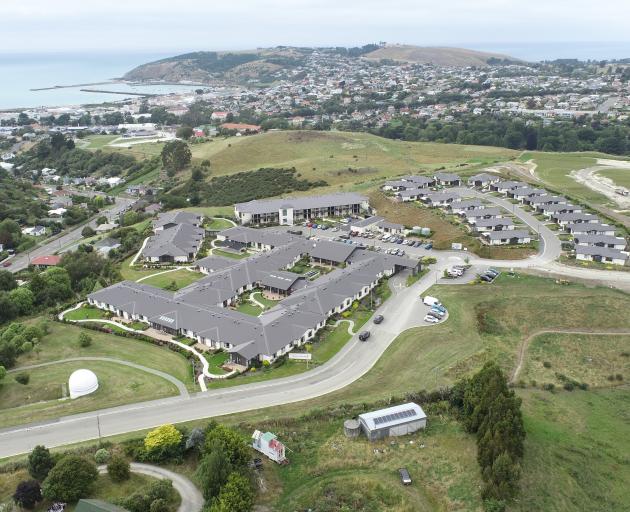 The Observatory Retirement Village. Photo: ODT files
Waitaki District Health Services (WDHS) is challenging a ruling by the auditor-general, in a bid to provide greater transparency and accountability.

In 2019, the Office of the Auditor-general directed WDHS to include the operations of the Observatory Retirement Village in its annual financial reporting.

As a result, annual reports presented to the Waitaki District Council are for the WDHS group, which is made up of the company that owns and operates Oamaru Hospital, the trust and the Observatory Retirement Village, and not broken down for each arm.

The 2020-21 report, presented to councillors on Tuesday, showed the council-controlled organisation as a group had a net surplus of $2,354,020 for the last financial year.

However, WDHS chief executive Keith Marshall confirmed the company that owns and operates the hospital, and the trust, recorded a deficit of $1,429,745.

The complexity of the consolidation of reports also resulted in the WDHS group failing to complete its financial reporting by November 30, 2021, as required, and WDHS board chairwoman Helen Algar apologised to councillors for the delay.

"There are inherent difficulties associated with the directive to group the accounts with Observatory Village — and we do need to resolve that issue so that we have more transparency and clarity," Mrs Algar said.

She also said the impact of Covid-19 on personnel had caused some challenges with finalising the report.

The financial result for the company was worse than expected, key impacts arising from "a combination of Covid-related costs, alongside staff shortages, necessitating the use of contracted medical staff", she said.

"What that means is people have to take on extra shifts, or we use contractors. In the case of our doctors, that’s generally a mix of locums and contractors and fixed-termers, which are more expensive, and in terms of our nursing staff, that generally means additional shifts ... at overtime rates."

That was a result of hiring more permanent medical staff, rather than relying on locums, but some of the costs were associated with the retirement village, Mr Marshall said.

The WDHS group was also struggling to produce its half-year report to the end of December.

The forecast for the current financial year was expected to be worse than the 2020-21 result for the company, Mr Marshall said, "simply because of all of those additional pressures".

"It’s not fair to blame Covid directly, but the indirect impact of the closed borders, inability to recruit nursing staff, tight staffing anyway, and then you just layer on the last three months of Covid-related stuff, and it just becomes a mad scramble."

The WDHS company’s statement of intent for the 2022-23 year was also presented to councillors on Tuesday.

In it, the company notes its disagreement with the auditor-general’s directive to include Observatory Village accounts and that a resolution is required.

The company also made a commitment to produce separate end-of-year financial statements for each arm of its group operation to councillors.

Waitaki Mayor Gary Kircher said he was pleased to see a focus on resolving the issue with the Office of the Auditor-general to "provide greater transparency and better accountability which is what we’re all after".