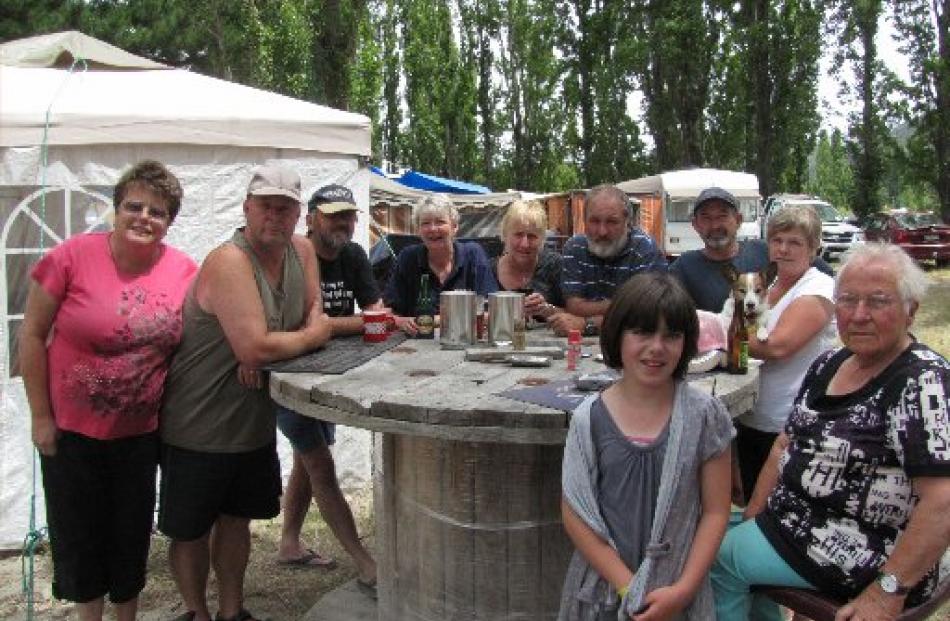 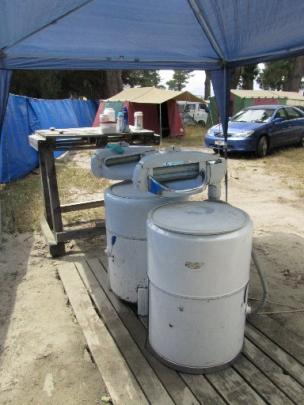 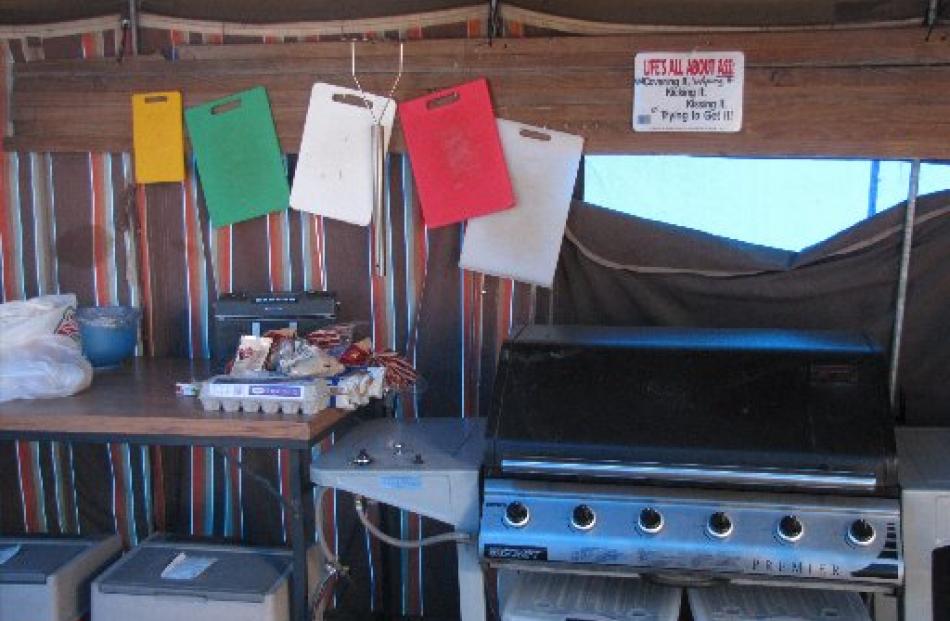 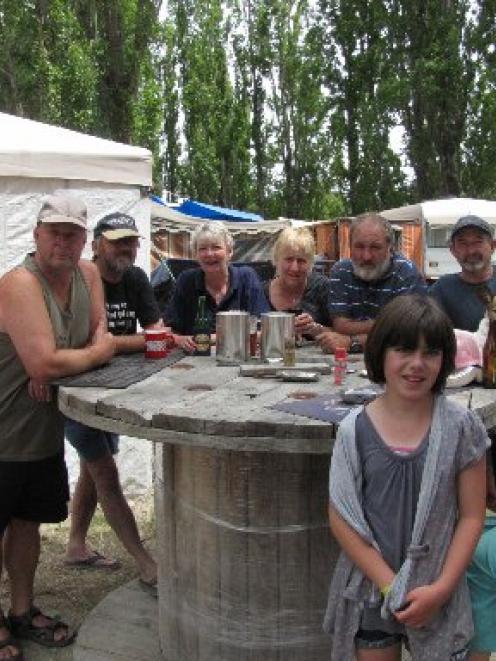 From left: Veronica and Ian Richardson, Robert, Janice, Yvonne and Errol Ludlow, and Alan and Ann-Marie Richardson; front Kate Cotton (10) and grandmother Izze Richardson (80), all of Dunedin. Photos by Marjorie Cook.
Izze Richardson (80) of Wakari, Dunedin has been holidaying in the Albert Town Recreational Reserve since 1971, when she and her late husband Stewart first created a caravan niche among rosehips and briar.

The matriarch of clan Richardson (known as Ma) has never missed a year at the Albert Town Camp and this year presided over a party of about 30, slightly fewer than usual, because the "Invercargill contingent" did not come.

There were four generations on holiday, but people were thin on the ground when the Otago Daily Times visited this week because the "Christchurch contingent" had returned home and "the kids" were away in town.

The Otago Daily Times last met the Richardsons in 2006, and there have been few changes to the set-up.

"We no longer have a boiler for fires. There's more grandchildren and even a great-grandchild now.

"It has expanded because of the grandchildren, who are bringing their friends up now as well. That's why I am still running around as an 80-year-old," Mrs Richardson said this week.

New in the community tent this year is the water heater, secured to a tree.

The family has a hot water shower and it had been Mrs Richardson's turn to run out of hot water.

The family camps in a large group of tents and caravans near the historic Albert Town cemetery and have become well entrenched there, claiming the spot every year.

One of the best novelties was a new long-drop toilet provided by the Queenstown Lakes District Council.

Mrs Richardson has three sons (Alan, Ian and Stephen), one daughter (Yvonne), five grandhildren and a great-grandchild. Her carpenter husband died about 23 years ago.

The families take turn to do the dishes and make tea, following a roster stuck on a tree.

The most practical item they brought this year was a new generator with an electric starter, so all she has to do is push the button instead of pull the cords.

While there may have been an eviction elsewhere for fighting, the Richardsons were not bothered or upset by it and life continued as normal.

The family set up the camp early in December and Mrs Richardson has been in residence since December 10.

She intends to depart about January 12.

The camp will take about three days to pack up and most of it will go into storage in Wanaka for next time.