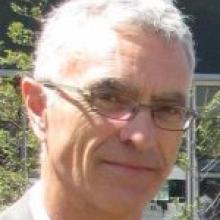 Steve Sanderson
Queenstown Airport Corporation has decided not to pursue night flights to and from the resort, chief executive Steve Sanderson said yesterday.

The airport had spent "considerable time" over the past three weeks consulting industry leaders and partners, customers and residents about the "pros and cons" of extending the airport's operating hours from 10pm to midnight.

However, the airport directors had now voted to accept the independent commissioners' recommendation to the Queenstown Lakes District Council not to allow the 11 additional flights per week.

In November, the council adopted the commissioners' recommendations on the airport's private plan change, which enabled the airport to extend its air noise boundary but rejected its proposal for night flights.

The airport had until January 17 to appeal the decision to the Environment Court.

"While there there was considerable support from some groups, we felt that, on balance, and particularly taking into account feedback from local residents, we could not justify pursing this lengthy and expensive appeal," Mr Sanderson said.

The operating hours were 6am to 10pm and operating fully within the hours and using lights would "certainly improve the convenience factor" for travellers.

The full use of the operating hours would support later international departures, extend the domestic network from the key city centres and also link with late afternoon transtasman arrivals from both Auckland and Christchurch.

"This decision not to appeal for extension of operating hours will not prejudice the growth forecast of the airport.

"The 10pm to midnight arrival of flights from the East Coast of Australia would have certainly lifted the convenience for visitors by minimising their vacation time travelling. However, we are expecting 60% growth in international passengers during the next year, together with a 10% increase in domestic, so our focus has to remain on getting the airport ready for meeting the current and projected demands of growth."

Last week, the airport opened its new $4 million baggage make up area and its jet blast fence, and announced it was halfway through completing its runway end safety area (RESA).

The airport would also be expanding its international arrival hall and jet stands over summer, all of which were required to service the growth in international flights, Mr Sanderson said.

Low-fare airline Jetstar has been vocal in its support of the airport introducing night flights, but airline representatives were unable to comment yesterday.

• Jetstar's first transtasman service from Melbourne to Queenstown will be welcomed this afternoon with water cannons from Queenstown Airport's firefighting appliances.

Airport spokeswoman Nina Crawford said flight JQ219 was due to land at 2pm, launching the airline's twice-weekly service between the centres.