Another liquor outlet set to open

The Queenstown central business area is about to accommodate another liquor store, the sixth in the resort's downtown hub.

Sited in a former lower Shotover St internet cafe, the Liquor Centre, part of the largest liquor chain in New Zealand with more than 170 outlets, is due to open late next month.

Leaseholder Moueen Haddad, who owns a nearby convenience store and two liquor stores in Auckland, said there was still a market for such a store despite the number of downtown outlets.

"The plan is that it will be the cheapest in Queenstown, where the prices are extremely high.

"I want to have it like we have in Auckland, for locals and tourists who want something reasonably priced to drink," Mr Haddad said.

The Liquor Centre would join the resort's three Betty's Liquor Stores, a Thirsty Liquor Store and a Henry's Beer, Wine and Spirits store, and it is planned to keep it open until 11pm.

Ms Swinney said there were not many restrictions on the number of liquor outlets a town could hold, but that could change.

"There's not a lot in terms of restrictions, as yet, but there may be with the new laws that are coming along," Ms Swinney said.

The Alcohol Reform Bill, which would repeal and replace the Sale of Liquor Act 1989, had its second reading on September 13 and still needs to go through committee and third reading stages before becoming law.

It contains changes which give communities a greater say over liquor outlets, sets tougher rules for licence applications, permits the banning of products which are "particularly appealing to minors", and widens the definition of a public place in reference to liquor bans, to include car parks and school grounds. 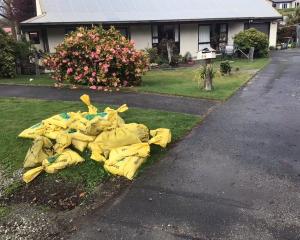