Confidence in future of skifield 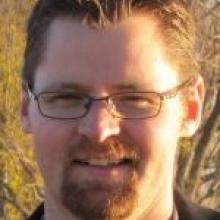 Dr. Jordy Hendrikx
It will be "business as usual" for Coronet Peak - the southern lakes' lowest-altitude skifield - despite a Niwa report showing snow levels could plunge 21% by 2040 because of global warming.

"It was really putting some science behind what we knew anecdotally - we've been working to mitigate any down-side effects of climate change through our investment in snow-making and we continue to invest in what are probably the world's most advanced snow-making systems," he said.

Report co-author Niwa snow and ice scientist Dr Jordy Hendrikx said the impact was "a little bit less than we anticipated compared to Europe and Australia - we're not warming as rapidly".

"We should be able to continue to make snow, even under a more extreme climate scenario, right out to the 2090s. What's really exciting about this work is that we can now give New Zealand ski areas detailed, localised information they can use to better undertake long-term planning for the future changes to natural snow levels.

"It's obvious that if these predictions materialise, we are going to need to make greater use of snow-making technology in the coming years, but we fully expect the necessary resources.

"Many other countries around the world are at far greater risk of their areas having to close, especially at lower elevations."

Under a "middle-of-the-road" climate change model, year-to-year snow level by 2040 would be less changeable than it was now, with higher precipitation also forecast, Dr Hendrikx said.

However, the most marked change will be at altitudes below 1000m -79% of the South Island's snow coverage.

A Queensland University study last year predicted a 40% reduction in snow for Australia's alpine regions by 2060.