Contest was a cliffhanger 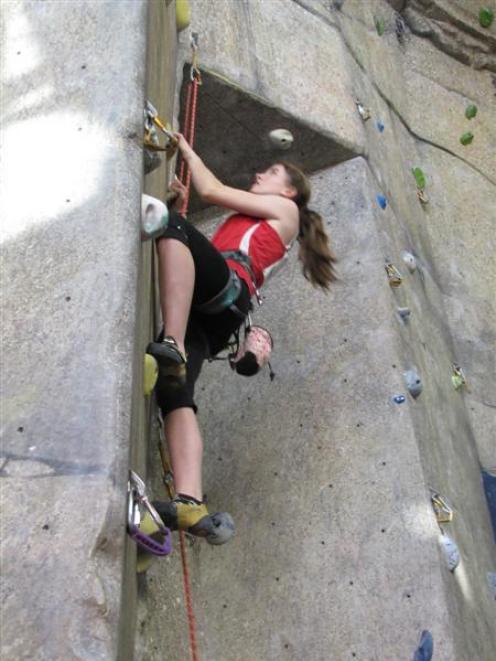 Shania Gibson (15), of Christchurch, finished third in the female youth A under-18 section. Photo by Mark Price.
Sixty of the country's best sport climbers competed in the second round of the three-round Climbing New Zealand National Cup series in Wanaka at the weekend.

Open grade entries were light but there were plenty of age-group competitors.

Wanaka Cliffhangers vice-president Loz Ogle said sport climbing athletes tended to peak in their late teens and those in the nationals had mostly come to the sport through school programmes.

Competitive climbing was about difficulty more than speed and tested mental, technical and physical ability.

''You need all three and often in competition, the mental one trips them up,'' Mr Ogle said.

The top of the wall had ''very small holds'' and competitors needed to use ''every single muscle'' to hold on.

Finger injuries were a hazard of the sport but could be avoided by proper warming up.

The course was set by national organisers of the climbing series, so local climbers did not have an unfair advantage, Mr Ogle said.

Sport climbing is a demonstration sport at the Youth Olympics in Nanjing, China, in August.