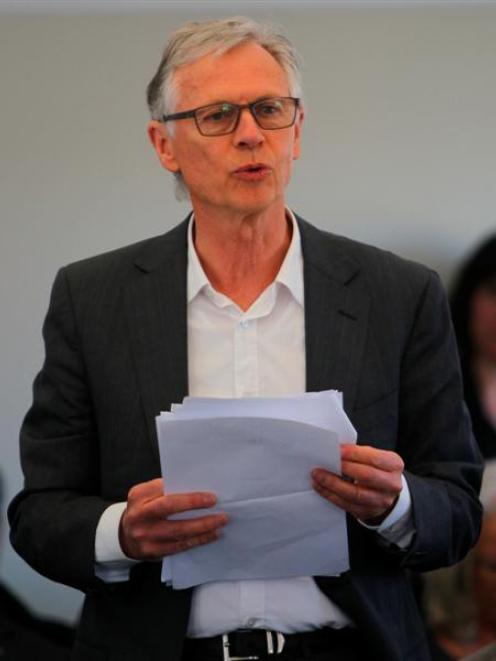 Remarkables Park co-director Alastair Porter yesterday announced plans to build a convention centre at Remarkables Park in Frankton, on the eve of a decision by the Queenstown Lakes District Council whether to go ahead with a $50 million proposal on the Lakeview site.

Councillors yesterday voted in support of the Lakeview convention centre proposal, resolving the council would lead the development, subject to Government funding and the council approving a master plan, business plan and a preferred rating model to fund the council's contribution.

Mr Porter, speaking during the public forum before the meeting, insisted Frankton was the best place for a centre.

He claimed he would have ''no problem with competing with any other convention centre, including one based in the CBD''.

He informed the council he hoped a resource consent application for his centre would be lodged by the end of the year. Construction could start next year, for opening in 2015.

He said he hoped the council would not oppose his application.

He was questioned by the Otago Daily Times on Monday night about why he released a media statement at 4.51pm the day before the 1pm meeting. He said he only realised last week it was a do-or-die meeting. 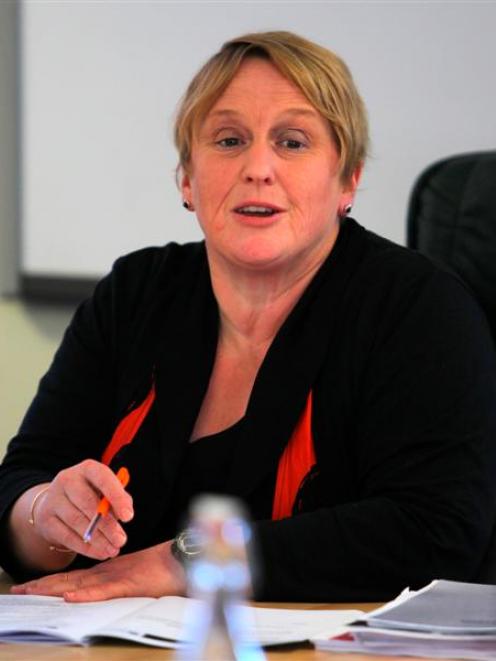 Queenstown Lakes Mayor Vanessa van Uden during yesterday's special council meeting.
Yesterday, he was again questioned about the timing, this time by Wanaka ward councillor Leigh Overton, Mr Porter saying his statement was not released earlier because he had also been distracted by the America's Cup on TV over the weekend.

Mr Porter has said he advised the council in January he intended to go ahead with plans for a Remarkables Park convention centre. Yesterday, the Otago Daily Times reported Queenstown Lakes Mayor Vanessa van Uden as saying Mr Porter had not mentioned his centre plans to her or the council since January.

Councillors were not swayed by Mr Porter's assertions he had the money, interested third parties and the fully zoned land and were, instead, adamant to advance a centre in Queenstown.

Wanaka ward councillor Jude Battson referred to Frankton as being a bronze level site for a convention centre, whereas Queenstown was gold.

After each councillor spoke supporting the recommendation, Ms van Uden said it was important to remember an unconditional commitment was not being given but rather a ''milestone along the path''. Yesterday's decision would not ''burden'' the incoming council.

Council staff have now been directed to provide the council with a master plan for the Lakeview site and undertake a ratings impact analysis by the end of November.

The ''worst-case cost estimate'' would amount to about $145 per ratepayer, but the report noted ''very little detailed work has been done on rating options''.

The council has previously announced SkyCity Entertainment Group as the preferred operator, but no decisions about the operator were made at yesterday's meeting.