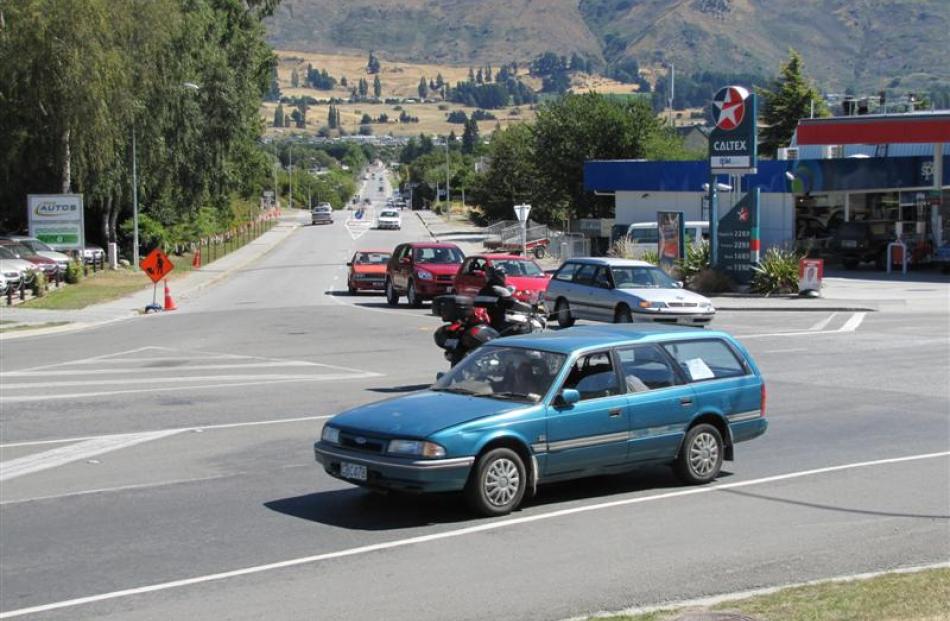 The site of the proposed Ardmore and Brownston Sts roundabout. Photo by Marjorie Cook.

The long-awaited Ardmore and Brownston Sts roundabout could be finished by June 30, but Wanaka councillor Lyal Cocks is advising everyone to contain their excitement.

The infrastructure services committee learned at a committee meeting in Wanaka yesterday that staff from the Queenstown Lakes District Council and New Zealand Transport Agency had nearly reached agreement on the roundabout design after several years of work.

The council hopes the agency will contribute about 53% of the $630,000 cost of building the roundabout.

Transport manager Denis Mander said discussions with nearby landowners should be completed by the end of this week.

All going well, the Wanaka Community Board would then be briefed.

Work could start on the traffic-calming structure next month.

"We are hoping for construction by the end of this financial year," Mr Mander said.

"Can we get excited?" she asked Cr Cocks, who was chairing the meeting.

"No. We must stay very calm and collected," Cr Cocks replied.

The draft design being considered would have four "legs" coming off it, with provision for a fifth should it be required in the future, Mr Mander said.

The council prescribed traffic congestion relief for the Ardmore and Brownston Sts intersection in 2006.

After a period of consultation and research, roundabout plans were released and approved by the Wanaka Community Board in early 2010, as part of a much larger $12 million transport improvement project for Wanaka.

Various concerns about access to commercial premises then emerged, complicating the design process.

The roundabout was supposed to have been built before other traffic-calming measures, such as the heavily-criticised Ardmore St speed humps and the Brownston St pedestrian refuges.

Those structures were installed last year after the Wanaka Community Board decided it could not wait any longer for the roundabout.