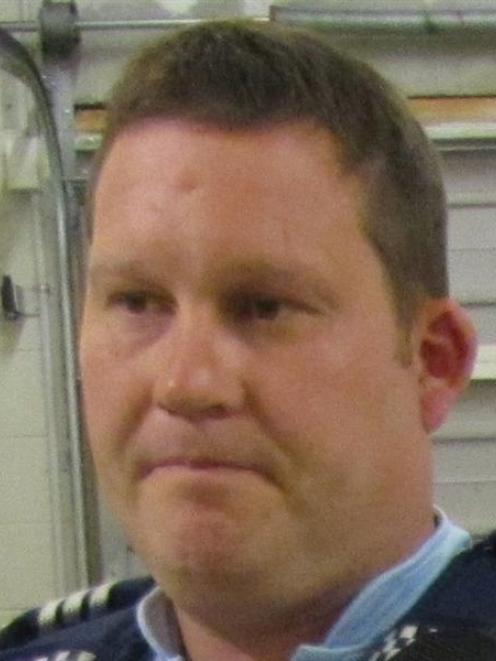 Steve Watt
A Queenstown assault victim is furious her offender was able to flee the country before sentencing this week.

Martin Avenatti-Cuna (27), of Uruguay, pleaded guilty in the Queenstown District Court last month to indecently assaulting a female and he was remanded on bail and scheduled to reappear on Monday.

However, Avenatti-Cuna, whose passport was not confiscated by Queenstown police while he was on bail, fled to Santiago, Chile. The woman, whose name and details are suppressed, is angry he had been allowed to leave the country without any penalty.

She plans to lay an official complaint with police over their handling of the case.

''One of the officers called me a week before [Avenatti-Cuna] was due to appear and told me he had left the country.

''He [the officer] was very apologetic.''

Sergeant Steve Watt said confiscating an alleged offender's passport was not standard procedure and the officer in charge had not seen Avenatti-Cuna as a ''flight risk''.

After the man had been remanded on bail, it would have been up to the prosecutor (Queenstown police) or the court to order the offender to hand over a passport.

Sgt Watt said police would contact the woman and if she still wished to proceed with a complaint, it would be referred through the appropriate channels.

Police have put an alert on Avenatti-Cuna's passport in case he returns to New Zealand.

The incident happened late last year after the woman, as a sober driver, had driven Avenatti-Cuna and three others to their homes.

After the acquaintances had been dropped off, the woman drove Avenatti-Cuna to his home at Lake Hayes Estate, where he made repeated sexual advances.

Avenatti-Cuna tried to pull her out of the car, but she remained with her seat belt buckled and fended him off.

The victim was traumatised by the assault and had resigned from one of her jobs in Queenstown because of stress.

''I'm glad he's gone out of Queenstown because it's such a small place,'' the woman said.

''I was looking at every man's face. I'm just glad he's gone, but wish he had faced some penalty.''