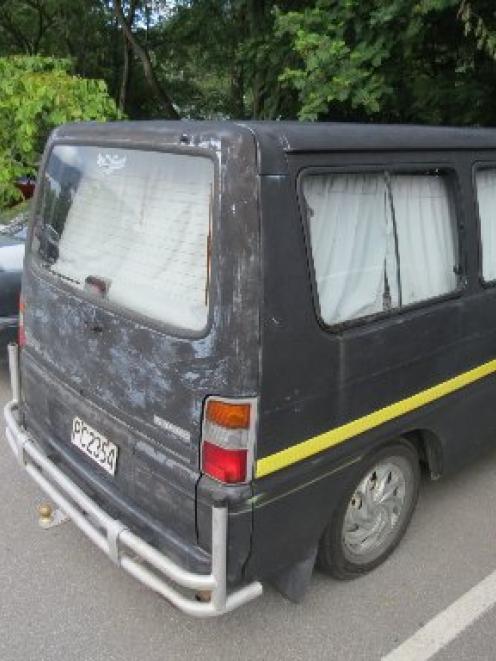 A small camper van in Queenstown’s Park St in 2013 after its occupants camped illegally. Photo from ODT files.
It took about 72 hours for the first freedom clamp to be applied to a wheel in Queenstown.

Offenders have to pay $200 to have the clamp removed and a $200 infringement notice.

When the occupants arrived at the council's office to pay the full fee, they acknowledged they had been aware of the freedom-camping rule but ‘‘decided to take the risk''.

Community guides, employed by the council for the summer season, were also on foot patrol during the evenings, talking to people in camper vans and advising them of the rules.

Mr Webster said staff had noticed fewer camper vans parking in or around the resort's CBD overnight.‘‘We welcome freedom campers in our district.

There are literally hundreds of places where people can stay for free if their camper vans have self-contained toilets and water supply on board.

‘‘If not, there are lots of other options, including holiday parks and camp grounds where they can stay for a small fee.

‘‘It's a lot cheaper than risking $400 in fines and clamp release fees, and it also treats our community with respect.''