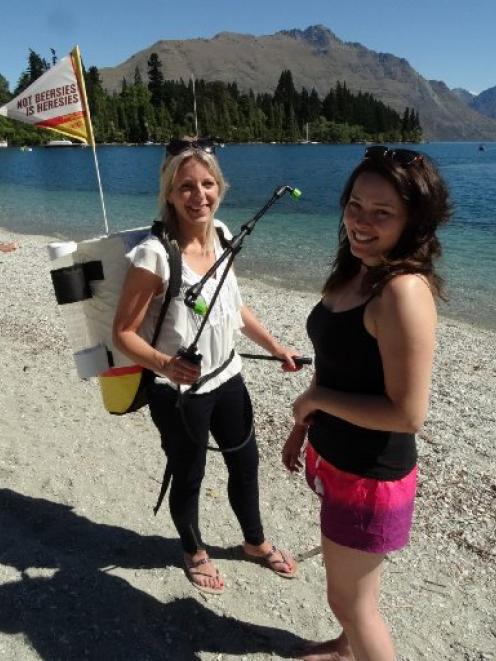 Photo by Louise Scott.
The Queenstown Lakes District Council launched its ‘‘Not Beersies is heresies'' campaign on Thursday.

Four water coolers - two for Queenstown and two for Wanaka - will be walked around public areas over the festive period ensuring people are hydrated.

The focus is on water, not beer, to ensure visitors are aware of alcohol bans over the Christmas-New Year period.

Lucinda Vance (right), from Northern Ireland, is on holiday in Queenstown for two weeks and was unaware of the booze ban.

‘‘It's good to know. I didn't realise a ban was in place so I could have been caught out.''

Pictured with Jill Howell, from QLDC, Ms Vance is now aware of the 24-hour alcohol ban, taking effect on December 27 until January 5. 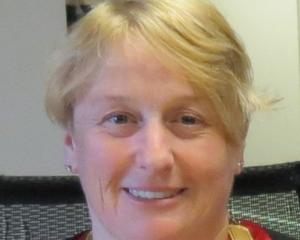