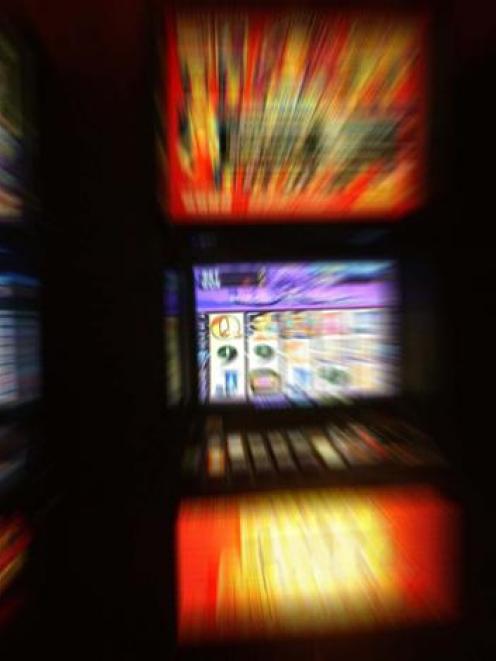 It has decided to keep its current gaming policy, after a review in December showed a decrease in the number of poker machines at venues across the district. The review looked only at class 4 gaming machines, known as poker machines or pokies, in pubs and clubs. It does not include gaming machines in Queenstown's two casinos.

QLDC general manager regulatory and corporate services Roger Taylor said the council had limited say under the legislation, but he was satisfied with the outcome of the policy.

"The review indicates the policy is working by controlling and reducing the number of machines in the region, so my recommendation is to leave the policy unchanged," Mr Taylor told the council at a meeting on Tuesday.

The council voted in favour of keeping the policy, which means new venues can apply for consent to run up to nine machines, but only if the main purpose of the venue is licensed alcohol sales. All applications for new machines must be notified to the public.

Gaming machines are generally owned and operated by "societies", charitable organisations which contract with venue operators to place gaming machines in the venues.

The net proceeds of the gaming machines can be put towards community groups or other charitable functions, but the societies are not obliged to channel the funds into local communities.

The policy review indicated only one of the nine societies operating gambling machines in the Queenstown Lakes area, the Lion Foundation, spent the majority of its minimum payout specifically in the region.

However, the figures in the council report were strongly disputed by the Pub Charity organisation.

Pub Charity chief executive Martin Cheer said the figures used to show the amount earned from the gambling machines was incorrect, as it was based on a pro rata figure per machine, rather than the actual earnings.

"Our six machines in Hawea collected $89,684, not $176,952, as stated in the report. And our total donations to Queenstown last year amounted to $239,782, including $220,000 to the Queenstown Sevens rugby tournament. This amount was way over and beyond what we collected in the region, so it had to be taken from our national pool of funds," he said.

"It is an insult for the report to suggest our organisation has taken $45,904 away from the region. It is very discouraging for us, after we have spent $995,000 in Queenstown over the past five years to support the Rugby Sevens.

"If the council does not appreciate our support for this event, it has got to colour the decision making for those involved with our future involvement," Mr Cheer said.

Mr Taylor said he acknowledged Pub Charity's contribution to the Rugby Sevens, but said it was not stated as a Queenstown contribution in the information he was given.

"The report is based on the information available, and it was sent to the charities in January for comments.

"While one could discuss the use of an average figure as the basis, it still does not change the fact that the majority of the money spent on gambling machines in our region is used elsewhere," Mr Taylor said.

Cr Cath Gilmour told the meeting the Gambling Act limited the council in how it could assure the benefits to the communities remained in the local regions.

"There is an underspending locally. I think we should recommend local groups to make applications for gambling funds," he said.