Government may contribute to centre: PM 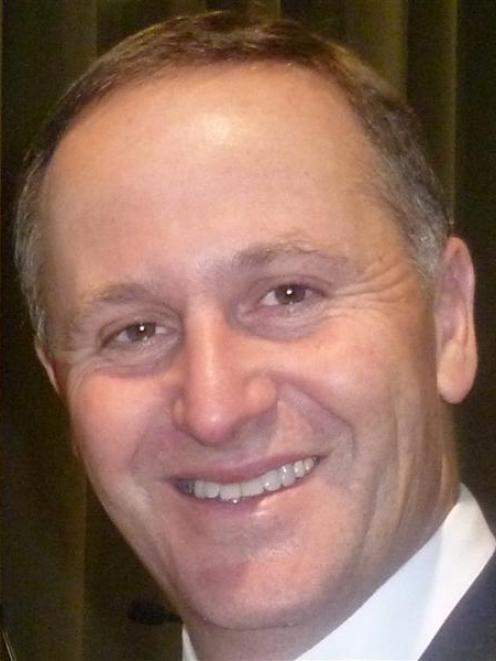 Speaking at Trenz in Auckland yesterday, Mr Key - Minister for Tourism - said government funding would not be ruled out.

He had yet to be asked for money towards the proposed facility, but expected such a request to be forthcoming ''from everything I hear every time I'm down there [Queenstown]''.

The proposed centre was estimated to cost about $50 million and cater for up to 1000 people.

Mr Key said although it was still in draft design and consultation stages, it could soon be approved.

''The council [Queenstown Lakes District Council] has identified land and it looks like it could be consented quite quickly. They haven't formally come to the Government for money yet, but my guess is they probably will.''

The Government would not fund the bulk of the centre, and it did not need to, because it looked as though there were other interested parties, Mr Key said.

''But I'm not ruling out putting in some cash.''

He also talked about the proposed convention centres for Christchurch and Auckland, as having potential to boost visitor numbers nationwide.

In February, Queenstown Lakes Mayor Vanessa van Uden announced SkyCity Entertainment Group was the preferred operator for the proposed convention centre, and Lakeview, at the top of Man St, overlooking central Queenstown, was the favoured site.

Parties would invest only if a viable case existed and it had community support, she said.

SkyCity Entertainment Group chief executive had previously said the company viewed Queenstown as having potential as a tourism and high-roller destination.

The project would be progressed by a consortium led by Ngai Tahu Property and Morrison and Co, which were expected to fund construction, as well as to own and operate the facility.

Recently, QLDC chief executive Adam Feeley announced the council was commissioning an economic impact assessment on the proposed centre, which would be included in its annual plan.