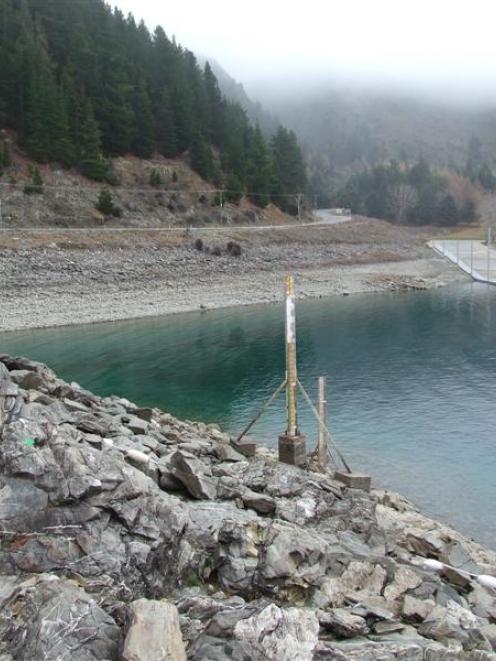 Lake Hawea sits at 336m above sea level, 2m below its statutory permitted lowest level of 338m asl.
The Government must bite the bullet and tell the nation to make a 10% savings on power or endure public shame if it is not achieved, the Lake Hawea Community Association chairman Errol Carr says.

Lake Hawea residents are on high alert as Contact Energy begins this week to draw down Lake Hawea to the emergency level of 336m for the first time in 20 years.

Mr Carr said the lake level was stable at about 338.1, but a public demonstration was likely if residents' concerns about low lake levels and environmental damage were not heeded.

"If told, I think the South Island would buckle in and do what they can. The Government is saying there is no crisis, but why are we going to emergency generation?"

Lower South Island residents have saved the lowest percentage of electricity, recording 3.2%, according to Transpower statistics.

Upper South Island residents have saved the highest percentage nationally, at 4.1%, and the national average savings is 3.6%.

Mr Carr said while he did not want older people and those with limited heating sources to suffer, the national average was "pretty mediocre" and there was a lot more that could be done.

The low percentage achieved in the South Island probably also reflected the fact the lower South Island had colder temperatures than the rest of the country, he said.

Mr Carr said he understood all power generators were operating at maximum capacity and, if a problem emerged, there would be nothing in reserve.

He attributed the Government's reluctance to take leadership to a desire to avoid bad news during an election year.

"We would like to see the Government telling the country there is a problem," Mr Carr said.

Lake Hawea's level has hovered at just over 338.1m since Saturday.

Contact Energy was drawing down water at a rate of 196cumecs on Friday but reduced that to between 11 and 30cumecs over the weekend, more or less matching the inflow into the lake from rivers and the recent light rainfall.

Most of that fell last Thursday.

All those sites feed into Lake Wanaka, which is about 276.9m.

The ORC does not have rainfall stations for rivers feeding into Lake Hawea.