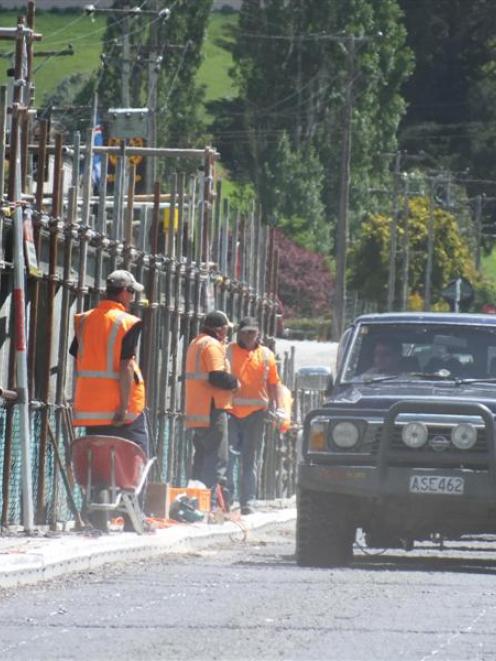 Contractors carry out structural inspections at the 123-year-old Beaumont Bridge crossing of State Highway 8, which has been deemed a transport priority for Otago ahead of a planned Kawarau Falls replacement bridge for Queenstown's State Highway 6 gateway route. Photo by Matthew Haggart.
A plea to prioritise a planned Kawarau Falls replacement bridge at Queenstown's State Highway 6 southern gateway appears to have fallen on deaf ears and the project has been ranked behind a replacement crossing for the 123-year-old Beaumont Bridge on SH8.

She asked the Otago Regional Council's transport committee to prioritise the project as part of a land transport programme which is being developed to seek subsidised funding from the New Zealand Transport Agency. 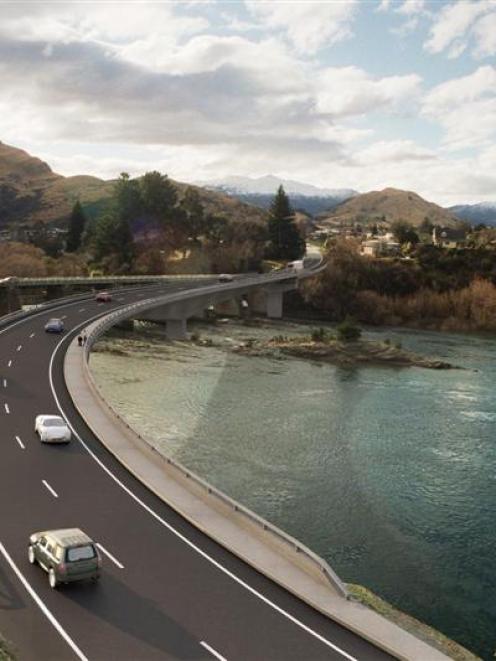 The State Highway 6 route. Photo: NZTA
Regional transport committee chairman Stephen Woodhead said the projects would be ranked by the committee and put forward to the NZTA for funding consideration.

However, the transport committee could not include the planned Kawarau Falls bridge on any ranked table of local projects, because the crossing was part of a state highway and administered by the NZTA, he said.

Regardless, the regional transport committee ranked the Queenstown bridge project behind a more desirable option to replace the structurally compromised 123-year-old bridge across the Clutha River at Beaumont.

There were no structural issues with the single-lane SH6 bridge at Kawarau Falls, Mr Woodhead said.

"The Beaumont would be prioritised ahead of Kawarau Falls Bridge, as it is considered essential infrastructure, due to serviceability limits on that bridge," he said.

The bridge was nearing the end of its serviceable life.

Work carried out on the structure in the past two years, such as the installation of traffic signals to reduce vehicle speeds over the bridge and combined with "ongoing maintenance" would extend its serviceable life for about five years, Mr Duncan said.

"The bridge is frequently monitored and inspected to ensure it is up to the required safety standard," he said.

The main drivers for replacing the Kawarau Falls Bridge were its traffic capacity and travel time savings, given some "localised" congestion issues on the bridge for relatively short periods during busy times, such as in school holidays and the ski season.

"With respect to the Kawarau Falls Bridge, its remaining serviceable life as a single lane structure is well beyond the 10-year programming horizon."

"Changes in either priority and or programme cash flow may affect timing [for the Kawarau Falls Bridge]," Mr Duncan said.

Ms van Uden could not be contacted for comment yesterday.