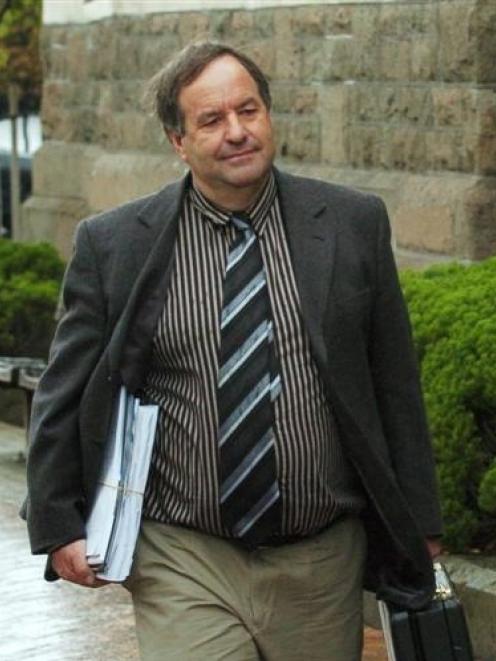 Basil Walker
Minutes after yesterday's Queenstown Lakes District Council meeting began at 1pm, it was adjourned because the chief executive and mayor took exception to what was being said during the public forum.

A short break was taken before the meeting resumed.

Speaking to the Otago Daily Times after the meeting, Ms van Uden said if Mr Walker had assertions to make he could have come to her personally rather than use the public forum.

''There is no right to do that and you can't let it continue on. We're in public office but in the end, we are human beings as well and it's a formal meeting and there are ways and means.

''Regardless of facts or non-facts, that is not the place where you make statements about individuals.''

Ms van Uden said the issue was ''over as far as I'm concerned'' and was not worthy of further action.

When contacted by the ODT after the meeting Mr Walker said he was disappointed the mayor did not ask to see the rest of his statement.

Later, the ODT was provided with a copy of Mr Walker's full statement and the Queenstown Lakes District Council was given the opportunity to respond.

Council chief executive Adam Feeley said the comments were ''not only utterly legally and factually flawed, they were defamatory''.

Mr Feeley requested the ODT defer publication of ''the comments made'' without the council's statement of response.

It was indicated the council needed to seek legal advice and a response would probably be provided to the Otago Daily Times within 24 hours.