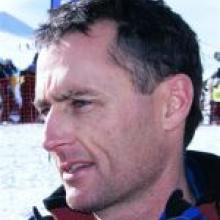 John Fookes
More than half of intoxicated offenders arrested in Queenstown for alcohol-related crimes claimed they consumed their last drink at a licensed premises, despite bar operators knowing it is illegal to serve drunk customers, the resort's police chief says.

Senior Sergeant John Fookes said yesterday the availability of alcohol in the early hours was a major cause of alcohol-related crime.

He reiterated the police force's call for a blanket 2am closing time to curb alcohol-fuelled offending and said police were "ready and willing" to co-operate with any partner to install security cameras on downtown streets.

He had no reason to doubt police figures announced last weekend, which claimed 96% of people arrested after 10pm in the first two weeks of August were affected by alcohol. After 2am, that figure rose to 100%.

Snr Sgt Fookes said, while one had to be careful considering figures within such a short time-frame, as occurrences evened out, "you can say offenders are almost exclusively adversely affected by alcohol after 11pm and you can extend that to a lesser degree [to say] a great majority who are victims of offences in the CBD in those early hours are affected by alcohol."

Snr Sgt Fookes said 62% of alcohol-related alleged offenders arrested had consumed their last drink at a licensed premises within the fiscal year July 1, 2009 to June 30, 2010. This was "significantly higher" that the national average of 21%.

When asked why the number was higher for Queenstown, Snr Sgt Fookes said: "We have a large number of licensed premises in a comparatively small area.

"It's a holiday destination and a lot of people come here for a good time ... people stay in commercial accommodation and they do choose to go out and drink."

The argument voiced by some bar operators that patrons "pre-loaded" on cheap alcohol from supermarkets before visiting bars was a "red herring" and avoided the issue, he said. Licensed premises operators knew it was illegal to allow intoxicated people to enter and consume more alcohol and it was their responsibility to ensure it did not happen.

The Queenstown Lakes District Council's decision last year to reduce liquor licensing hours, from 24 hours to 4am closing, had "certainly anecdotally produced less offending all round". However, a couple of years of the new policy in place were likely to be needed before meaningful comparisons on impacts on offending could be drawn.

Snr Sgt Fookes said the average age of alleged offenders in Queenstown was 28, consistent with the national average, and 86% of those arrested were of European descent.

Of those alleged offenders, 88% were males arrested for alcohol-affected offending, slightly above the national average of 82%. Depending on deployments and resources, up to 11 officers could be patrolling central Queenstown during the "high demand" hours of 11pm to 5am.

Snr Sgt Fookes said police were in favour of security cameras in the resort's public spaces. Footage from cameras filming in bars was used almost daily as "an excellent investigative tool", particularly for thefts and assaults, and prompted assistance from the public through the media.