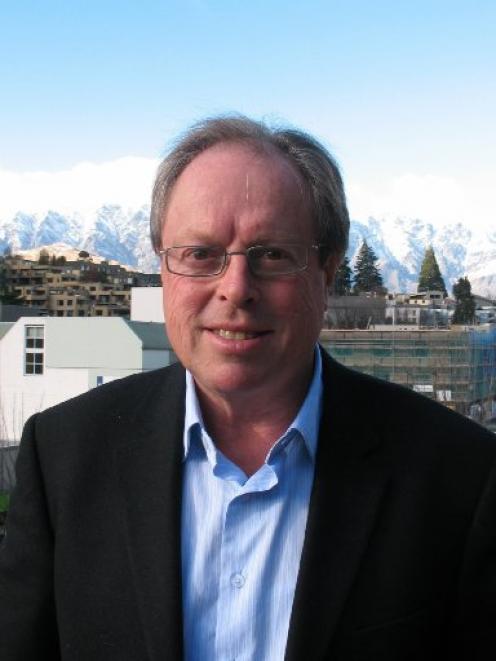 David Cole
The mortgage market is ''continuing to fail the next generation of new home buyers'' according to the Queenstown Lakes Community Housing Trust chairman David Cole, who says ''starter loans'' or housing bonds need to be considered at a national level.

Speaking at the Community Housing Aotearoa annual meeting in Wellington on Wednesday, Mr Cole, of Queenstown, used the trust's initiative in the resort as an example of alternative options which would overcome the present ''structural problems and obstacles'' hitting home-buyers.

Findings of the housing trust's two-year starter loan pilot scheme - described as a ''resounding success'' - will be presented to the Central Lakes Trust next month.

The housing trust began the scheme in 2011 through a wholly-owned subsidiary, Queenstown Housing Bonds Ltd, with $6 million provided by the Central Lakes Trust.

Mr Cole said unlike the ''preponderance of variable mortgages'', the scheme protected buyers by securing them access to affordable mortgage rates which remained locked in for five years.

That delivered certainty to household budgets and restored confidence to buyers, with no penalties if homeowners wanted to exit early.

At the end of five years, homeowners in the scheme should have paid back 10% of the principal on their loan to the Central Lakes Trust and could then convert to a pre-approved market rate mortgage with SBS Bank.

The bond and security were underwritten by the Queenstown Lakes District Council - although Mr Cole said he remained ''hopeful'' the Government could see the merits of such a scheme and support its expansion with a Government guarantee.

Funding for a national expansion of the scheme could be sourced if 5% was set aside from a pool of $48 billion held across community trusts, ACC and New Zealand Super funds.

''As a back-of-the-envelope scenario, that would see $2.4 billion become available.

An expansion of the starter loans scheme could influence better outcomes for New Zealanders and suggested CHA could consider sponsoring that expansion, particularly to ''create dividends for other initiatives and as an opportunity to partner with other stakeholders''.

''[There is] scope to be challenging the Government on [all of] these issues,'' he said.

''Our next generation deserve a much better deal.''