TLC for 'queen of steam' 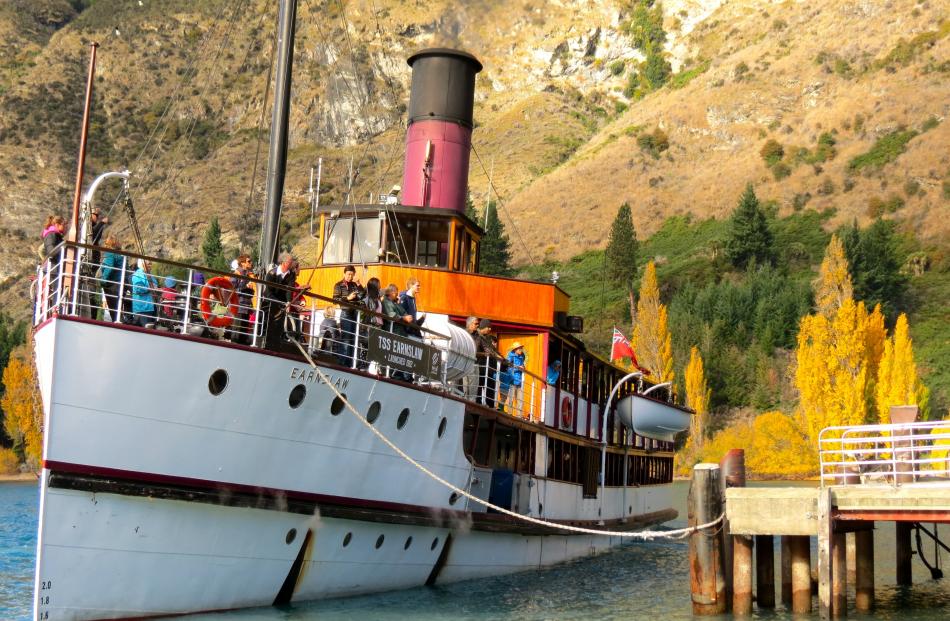 Twin Screw Steamship Earnslaw shows no sign of slowing down in her 102nd year and continues to sail up to six return cruises to Walter Peak High Country Station almost every day of the year. Photo by James Beech.

Decades-old steel plates will be replaced as needed on the hull of TSS Earnslaw in a two-year project set to begin during the historic steamship's annual survey this winter.

Real Journeys Queenstown operations manager Luke Taylor said ''the Lady of the Lake'' would be inspected from bow to stern out of the water for preventive maintenance during the nine-week survey from May 13.

The queen of steam's last day of operation for the season will be May 11.

Another Real Journeys boat will ferry passengers to Walter Peak High Country Station for meals in the Colonel's Homestead and farm tours while the survey is conducted.

Loose items will be temporarily removed from Earnslaw on May 12 and the 51m-long vessel, of 329 gross tonnes, will be hauled out of Lake Wakatipu, on to the Kelvin Heights slipway, on May 13.

Despite being more than a century old, the Dunedin-built ship was out of service for just one day during her 2013-14 season.

An original rivet failed and Earnslaw stayed moored at Steamer Wharf while a replacement was sent from the North Island.

Once Earnslaw is on the slipway, Real Journeys engineers and contractors from Gough Bros, Invercargill, can begin to replate the hull, where necessary, starting at the midsection.

The midsection is where the heat and weight from the twin steam engines are concentrated and where the hydrodynamic stress is greatest while the ship is sailing.

It was not known yet how much marine steel would be needed, as it would depend on what needed to be replaced, Mr Taylor said.

While the skin of the ship is removed, the exposed ribs and stringers of the superstructure will be inspected and replaced, if needed.

The stern section of Earnslaw will be the focus of replating during next year's survey.

''Hull plates have been removed and replaced before, but it's a process to ensure her longevity, not because they are below strength,'' Mr Taylor said. 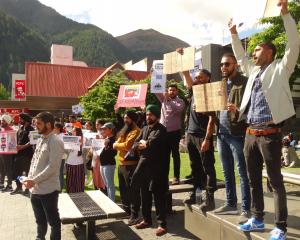