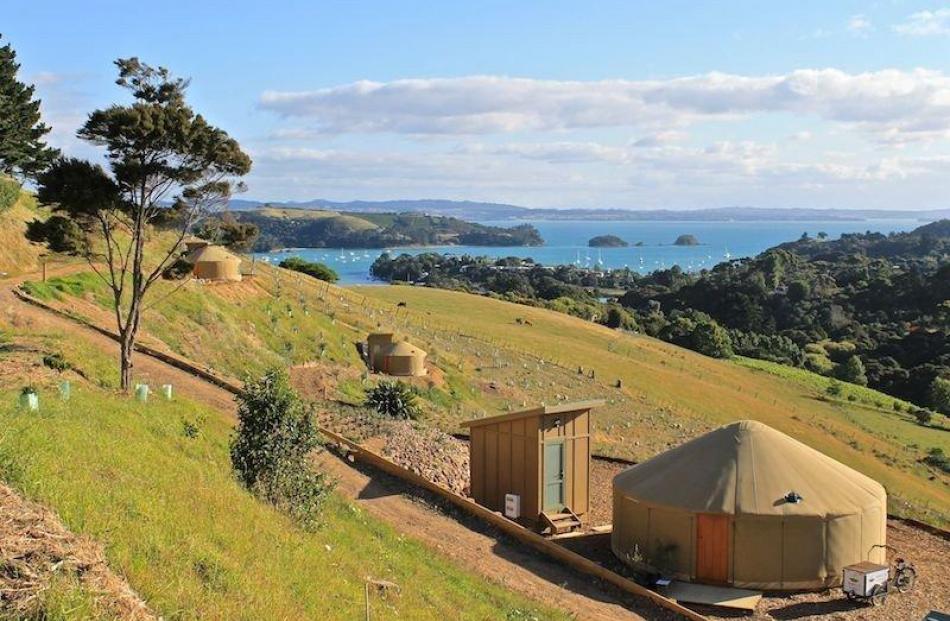 A yurt like this one would need a building consent if erected in the Queenstown Lakes District Council region. Photo by ODT.

It might be made of canvas and it might be a comfortable, low-cost housing solution, but a yurt still needs building consent and, quite possibly, resource consent.

That was the message from the Queenstown Lakes District Council this week.

The Otago Daily Times is aware of three of the distinctive canvas constructions in the Upper Clutha and has been told the Central Otago-Lakes region probably has about a dozen.

Yurts have been used for centuries by nomads in the harsh environment of the Central Asian steppes, and can be packed up and moved quite quickly and easily.

But, as far as the lakes district council is concerned, they are buildings like any other and therefore need the appropriate consents.

However, he had seen pictures of yurts with woodburners and plumbing and these features, along with structural matters and the types of materials used, required an inspection by, and approval of, the council.

''Just because the walls are made out of fabric doesn't mean it's not a building in terms of the Building Act,'' Mr Laurenson said.

However, he did not expect yurt owners would find meeting the building standards overly onerous.

Four had recently been granted building consent by the Tasman District Council, although many others still benefited from what he described as that council's ''blind-eye policy''.

He believed the only building consent issue the owner of one of his latest yurts might have was with ''snow loading'' in the south.

''That's the biggest one we would struggle with.

''Everything else I'm very confident we could get through, down there.''

He expected yurt owners in the Wanaka area would benefit from a yurt owner eventually testing lakes district processes by applying for consent.

Mr Laurenson confirmed the council had received no applications yet, and he urged the ODT to make sure yurt owners were aware of the need to follow the correct processes.

''I need to stress with you also that I believe you do have a responsibility to go back to these people and tell them that they do need to contact council with regard to getting the appropriate consents in place.

''The safety aspect is no joking matter.

''Mishaps do happen and I believe we all have a responsibility to tell people about their need to comply.''

Mr Laurenson forwarded an article about a yurt being destroyed by fire in the United States.

In addition to a building consent, yurts would also require resource consent in some parts of the lakes district.

Resource consenting manager Blair Devlin considered yurts could be erected in residential areas without resource consent, provided they were not too high or too close to boundaries.

However, in rural zones, every building over 2m high or 5m square needed resource consent, he said.

Neither council official considered yurt owners would be able to argue their yurt did not need consent because it was a temporary building, equivalent to a backyard tent in which someone slept during summer.

''I think they would be viewed as more of a permanent structure even though they are more temporary in nature.''

Mr Turner considered his yurts fell into a ''bit of a grey area'' with councils.

''Is it a tent? Is it a structure? Is it permanent? Stuff like that.

''A lot of people do fly under the radar because the permit system is so ... expensive.''

What is a yurt?

• A canvas self-supporting round tent-like structure used for centuries by nomads in Central Asia, can be packed up and moved quickly and easily

• Modern yurts can have French doors, windows, gutters and skylights

• Have been manufactured by Rich Turner and Greg Powell near Nelson for 20 years, at the rate of about 20 a year Cost about $18,000