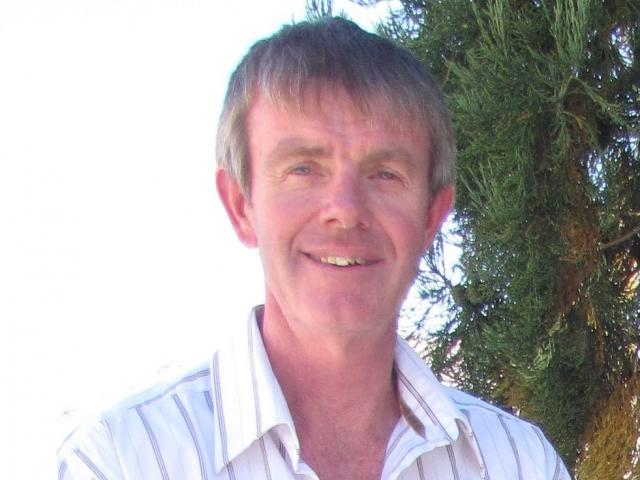 Stewart Burns
Queenstown's public swimming pool once made waves at national building competitions for its ''unique and complex design'' and ''outstanding level of workmanship''.

Now, the Queenstown Lakes District Council is staring at a $2.3million repair job, just 11 years after the pool opened.

Alpine Aqualand, which is part of the ratepayer-funded Events Centre, closed for five weeks last summer when ceiling tiles starting falling into pools, near the hydroslide and lazy river feature.

The pools were drained in November and 2000 tiles were removed for safety reasons.

The facility reopened on Boxing Day, but the new ceiling was just a temporary plastic cover.

At the time, Queenstown council's sport and recreation manager Simon Battrick said there was no issue with the structure of the roof, but the tiles were filled with moisture.

However, on Tuesday, the council's finance head, Stewart Burns, made a submission to the annual plan hearing, saying millions were needed for ''tile replacement'' and ''ventilation improvements''.

The $18million Frankton-based swimming pool opened its doors to the public on May 31, 2008, after more than a decade of planning, consultation and development.

Over the past few weeks, the Otago Daily Times asked the council whether it had found a solution to the problem, how complicated the issue was, and whether the popular pool would be closed again.

The council said it was ''working through options but no decision has yet been made''.

After Tuesday's multimillion-dollar revelation, the paper asked for an interview with someone from the council to explain the cost of the remedial work. This request was declined.

Instead, an emailed statement, attributed to Mr Battrick, was issued, providing no clarity.

''Today's submission for tile replacement and ventilation improvements at Alpine Aqualand is a recommendation to council for its consideration as part of the annual plan submissions process,'' it reads.

ASC Architects were involved in the project, and director Neil Cotton said he had heard second-hand information that ''something has happened'', but his company had not been contacted by the council.

He had put a call in to the council to find out exactly what the problem was.

''Obviously, they [tiles] can't get wet, but they are designed not to get wet.

''We were very pleased with how it turned out. It's one of our favourites,'' Mr Cotton said.

The project's builders, Naylor Love Ltd, were also yet to hear from the council, so could not provide any more information. Designers LHTDesign said the staff member involved with the pool died a few years ago and the nature of the business had since changed.

The council will make a final decision next month.